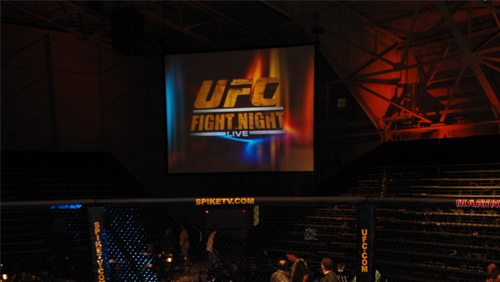 The UFC undoubtedly spent several million dollars to make Fight Island in Abu Dhabi a reality, so the organization will want to stage as many cards as possible there – although it’s obviously not exactly easy to get to the United Arab Emirates for those from the United States, which is the UFC’s primary market.

Following Saturday’s mega-UFC 251 card, there’s another one Wednesday night on Fight Island that is headlined by a featherweight bout between Americans Calvin Kattar and Dan Ige. The main card starts at 10 p.m. ET, which is 6 a.m. in the UAE. No cards there are meant for locals to attend – the early start doesn’t matter – but for television in the USA.

The 32-year-old Kattar (21-4) is ranked No. 6 in the featherweight division. “The Boston Finisher” lost to No. 2 Zabit Magomedsharipov as a +220 underdog last November by unanimous decision but bounced back in May with a second-round KO (elbows) of ninth-ranked Jeremy Stephens.

Kattar wins 52 percent of his fights by KO/TKO and 38 percent by decision – only two of his 21 victories are by submission. He is a -325 favorite on Wednesday and hasn’t been that heavily favored since he was -450 against Chris Fishgold in October 2018 and won by first-round TKO.

Ige (14-2) is 28, ranked No. 10 in the division and enters on a six-fight winning streak but hasn’t fought quite the quality of opponent that Kattar has in his career. Ige’s last loss was in his UFC debut in January 2018 via unanimous decision to Julio Arce, and “50K” comes off a May split decision win over Edson Barboza. Two judges had Ige winning 29-28 and one Barboza by the same score. Most of the media had Barboza winning. Ige was a +120 underdog against Barboza and is +250 on Wednesday.

Another all-American bout on the main card features Tim Elliott (15-11-1) and Ryan Benoit (10-6) in a flyweight fight. Elliott is ranked 12th and Benoit is not in the Top 15. The 33-year-old Elliott has lost three straight fights and five of seven yet is a -125 favorite.

Benoit, 30, has alternated wins and losses over his past 10 – meaning “Baby Face” may be due a victory coming off a December loss as a slight favorite against Heili Alateng via split decision. Benoit is -105 on Wednesday.