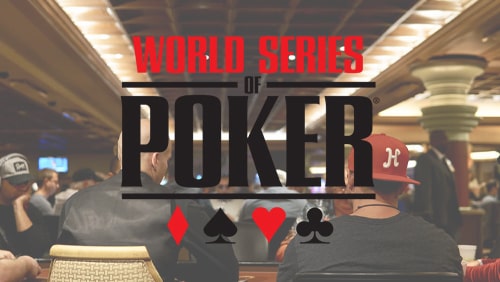 Two more World Series of Poker bracelets have been won in the online series, with two huge personalities winning the most precious jewelry a poker player can ever wear.

With 2,427 entries overall, there was a $1,092,150 prizepool and the tournament ended at a Whole Foods parking lot after over 12 hours of poker when Ryan Depaulo’s internet connection held up in his car and he took down the $159,563 top prize to win his first-ever WSOP bracelet.

Depaulo may call himself a ‘degenerate gambler’, but the reality is that he’s clearly a very talented player and his first WSOP bracelet was coming. He has already enjoyed reaching a final table, finishing 3rd in the 2019 ‘Colossus’ event for $208,643.

The event saw plenty of big names reach the money but fail to find a seat at the final table. Six-time WSOP champion Daniel ‘Kid Poker’ Negreanu came 205th for $1,092, with another former bracelet winner in Kevin MacPhee finishing 144th for $1,310. Max Pescatori lasted a little longer, his event ending in 108th place for a payout of $1,419.

The big money was saved until the final table, however, and Depaulo was using his carpark connection well. With his laptop balanced on his laptop, you might assume that he took a passive or tight-aggressive role in proceedings, but instead he was on the attack throughout, heading into the nine-handed final with the chip lead and busting six of his eight opponents.

Shannon Shorr was one of Depaulo’s toughest opponents, but when Shorr busted in 7th place for $22,826, the game undoubtedly got easier for Depaulo to win, and his hardest competitor would eventually be British player Jack Salter, who made it all the way to the heads-up battle for the bracelet.

Salter, who was also hoping to win his first-ever WSOP bracelet, went into heads-up with a slight deficit to make up, holding 21 million to Depaulo’s 28 million. Salter took the lead at one stage, but Depaulo caught cards to double-up and closed it out when his pocket queens held up against Salter’s ace-jack, a premium clash to end the high-quality event.

An even bigger first prize was on offer during Event #13 of the WSOP Online Series, and eventually it was Michael Lech who took down the title, winning the WSOP bracelet and $164,248 in the process.

With almost a million dollars in the prizepool, Event #13 cost $1,500 to enter and was a freezeout, so none of the 649 players who participated could rebuy back into the action. Having won eight WSOP circuit rings in his career to date, Michael Lech won his first bracelet after beating William Romaine heads-up.

Lech, who has now cashed a phenomenal seven times in this WSOP Online Series, has travelled the world playing WSOP events, winning rings in countries as diverse as Mexico, France and Italy. He’s won nearly a million dollars playing World Series of Poker events and added to his winnings after clinching this WSOP bracelet event.

Others to reach the money but miss out on the business end of proceedings included Jason Somerville (53rd for $3,976), Daniel Negreanu (27th for $6,381), and the winner from the previous event, Ryan Depaulo , who came 23rd for the same amount as ‘Kid Poker’ in a superb ‘defence’ of his Event #12 bracelet.

It was Sean Seifert who went into the nine-handed final table with the chip lead, and he would carry that lead through the early eliminations, which included that of Michael Dolle, Christopher Fuchs and Megan Milburn, who was the subject of a bizarre rant by Mike Matusow just last week in the same WSOP Series.

Seifert made it all the way to 3rd place, but lost his lead to Michael Lech and his conqueror would see the contest out heads-up by defeating William Romaine. Romaine, who came 61st in the 2019 WSOP Main Event for $142,215, already has a WSOP Circuit Ring to his name from an online series win in March of last year but couldn’t stop Lech booking the win.

While Romaine took home $110,979 for his runner-up finish, it was Lech who won the WSOP bracelet, as well as the $164,249 top prize. With three more events to come before the weekend, it’s going to be a very busy time as yet more bracelets will be won throughout this World Series summer in lockdown.