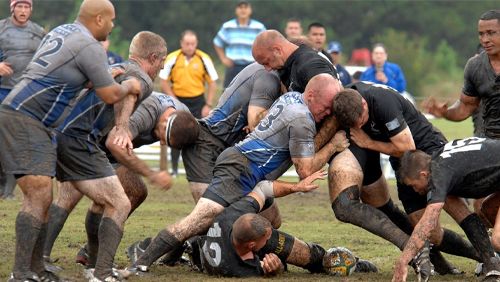 The Gold Coast Titans have made the richest contract offer in the history of the competition to boom Brisbane Broncos young gun David Fifita. The Broncos forward has struggled with the decision, changing his mind several times as the Titans offered a massive $873,562 USD per season to switch to the Broncos local rivals.

Fifita is expected to sacrifice at least $350,000 USD per season to remain in Brisbane.

Under siege, Brisbane Broncos coach Anthony Seibold is uncomfortable with the contract drama over his young star being played out in the media. “I don’t think it is fair to talk about whatever is bubbling away behind the scenes with regards to money, most clubs have a committee. In the old days, the coach ran it and had someone looking after the numbers. Some clubs might go rogue and make crazy offers to young players but you don’t know what every club is working towards or what they have in their cap,” Seibold said.

Fifita has been on the sidelines with a knee injury, with the boom forward to be given another week before returning against the Melbourne Storm next week.

A loss for Broncos this week against the Bulldogs could spell the end of coach Anthony Seibold’s time with the club. The Brisbane mentor has seen his side slump to six consecutive losses and are yet to register a win since the competition restart.