Once the benchmark of the National Rugby League (NRL), the Brisbane Broncos have slumped to six consecutive losses. A loss to the Canterbury Bulldogs next weekend will see the club hit the bottom of the NRL ladder; something that hasn’t happened in 15 years of the competition. 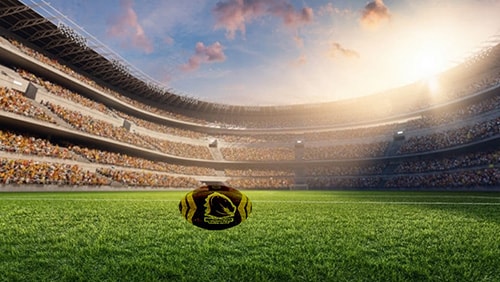 It was scenes of carnage on the weekend as the Broncos were beaten by the New Zealand Warriors 26-16. Broncos captain Alex Glenn and halfback Brodie Croft were in tears at the fulltime whistle and were comforted by the opposition.

After losing to the Gold Coast Titans in round 7, the Broncos were expected to make light work of a New Zealand side without a fulltime coach and several players returning to New Zealand.

The Brisbane side were on track, leading at half-time before being overrun in the second half. The New Warriors came from behind to overrun the Broncos defence and record a memorable win. The Warriors ran in four second half tries to get over the line.

The Brisbane players were visibly distressed at fulltime, with commentators shocked to see Brisbane skipper Alex Glenn crying at fulltime.

Broncos coach Anthony Seilbold was devasted to see his players in tears after the siren.

“Really disappointing. We’re learning some really tough lessons at the moment. I’m not sure why we’re fading out of games at the moment but we are and that’s the reality of it. Disappointed with the way we finished the game but I thought we started quite well and I was confident going into the game.”

Broncos' CEO Paul White said the entire club was backing the players and coach to dig the Broncos out of the current form slump.https://t.co/9vSDXEfQI2 pic.twitter.com/aKyCU4Xh9X

The dire situation on the field forced the Broncos to call an impromptu press conference on Sunday. Club CEO Paul White reaffirmed his support for the under-siege coach.

“I am standing in front of you, deliberately so, to reaffirm my commitment to our coach, we made a long-term commitment to Anthony. We started the year with two straight wins and had a great pre-season. For circumstances beyond our control, the season was halted. Some teams have shot out after the re-start of the season and taken their game to a new level. We haven’t and we haven’t handled it well,” White said.

The slump isn’t the worst in the club’s history, with the 2003 side losing eight consecutive games. A loss next weekend to the Bulldogs would throw further scrutiny on Broncos coach Anthony Seibold.

The Broncos have been the gold standard of the NRL for decades. The club played 18 consecutive finals series from 1992 to 2009, winning the premiership six times.

According to Sportsbet.com, the Broncos are $1.65 favourites to defeat the Canterbury Bulldogs ($2.25) next week in Brisbane.