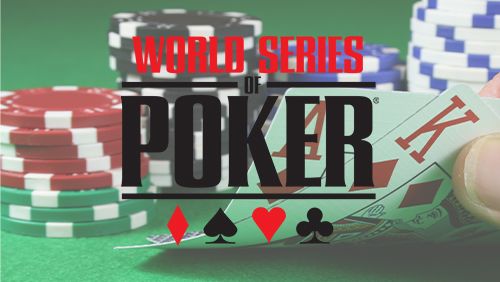 Two more major WSOP bracelets were won as the World Series, taking place online for the first time this summer, continues to outreach its guarantees and provide players of all levels with the opportunity to put their names down in poker history.

One of the biggest stories in the event was the progress of Poker Central commentator Jeff Platt, who held the lead from a dozen out and who eventually finished in 7th place having led into the final table too with just nine players left. Platt got it in good against the chip leader, too, calling off Kim’s jack-queen shove with king-deuce, but couldn’t hold and will be gutted to have led with so few left only to fall short of the big money places.

Kim, of course, put those chips to very good use, winning the title and his debut WSOP bracelet. Other great players such as Eric Baldwin (3rd for $44,914) and Jason Gunn (4th for $32,044) missed out on the title too.

With Kim going into heads-up play with an almost 5:1 chip ratio lead over his rival ‘bunsamillion’, it was a short heads-up battle which netted Kim an impressive six-figure cash.

You can watch all the action in the event when Daniel Negreanu played it right here:

Costing $500 to enter, the Freeeout Event #8 saw Alan Goehring win under his online moniker of ‘Gladiuslll’ to scoop the $119,399 top prize.

With 1,479 players in the field and a $665,550 prizepool, Goehring already had $5.3 million in the bank from a glittering poker career that has seen him race to 234th position on the all-time money list across the world and 126th in America, ahead of luminaries such as Darvin Moon and Tony Miles.

With other major titles already in his 23-year poker career, Goehring added to his LAPC Championship win in 2006 ($2.3 million) and WPT Championship victory in 2003 ($1 million) with this latest WSOP bracelet event. Goehring is perhaps best known for having finished as runner-up to Noel Furlong when the Irishman won the WSOP Main Event of 1999, but he’s finally laid that bridesmaid tag to rest.

At the final table, it was Randy Ohel who kicked off the action with the chip lead, but when Goehring’s pocket eights won at showdown against a shove from ‘dudeguydrew’ and their ace-eight, it was looking good for Team Goehring.

Goehring worked up a big lead, sitting with half the chips with four players left, but by the time it reached the heads-up stage, Ross gottlieb had drawn level at the expense of Robert Kuhn (4th for $37,803) and Ohel, who busted in 3rd place for $52,511.

Heads-up saw Goehring use all his experience, however, and when he flopped a flush draw and made it on the turn to conquer Gottlieb’s flopped straight, it was all over and Gottlieb claimed a healthy runner-up finish while it was Goehring who took the gold jewelry.