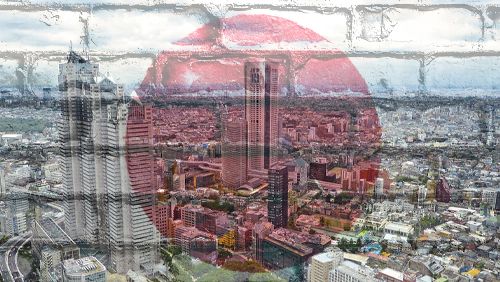 If wagers had been placed on Japan’s integrated resort (IR) rollout a couple of years ago, a lot of money would have been lost by now. It was thought that there would be a lot more progress on bringing casinos to the country and the overall framework would have been in place sometime this year. That would have facilitated the launch of the first IRs by 2023-2024, which seemed, at the time, like an attainable goal. However, as often happens, the real world got in the way and completely skewed the forward momentum. Progress is still being made, though, and, eventually, Japan will have its massive casino and entertainment centers. In the meantime, Bay City Ventures is keeping tabs on what’s going on in Japan and the firm’s managing director, Joji Kokuryo, has put together an update on where things stand – and where they’re going, concentrating on two of the main rival targets – Yokohama and Nagasaki.

There is a small handful of locations that have remained at the top of the list of candidates to receive one of the first three IR licenses that will be issued – Osaka, Wakayama, Nagasaki and Yokohama. Out of those four, all but Nagasaki have extended or delayed various steps in the creation of their local processes, with Osaka seemingly needing more time than the rest. Nagasaki is determined to push forward and adhere to its original plan as much as possible, which means that it plans on having an IR partner in place before the end of the year.

Part of the reason most areas haven’t felt the need to rush is because of the lack of a national policy to guide them. Explains Kokuryo, “As of today, there are no changes to the current national timeline and the local governments must act accordingly with their own schedules. It is clear that candidate sites all have the July 2021 submission deadline in their minds in recent statements about their own timelines. It is important to note that every candidate site is in very different stages of their IR partner selection process, and the effect of a national timeline change also differs for each local government.”

There are additional reasons each location is dragging its feet, as well. For Yokohama, it’s because an effort is underway to recall Mayor Fumiko Hayashi, as well as the concern that there is already too much commercial tourism development underway. The recall might be difficult to achieve, but Yokohama has a number of facilities either complete or near completion that could call into question its ability to support another venue. It already has the Pacifico Yokohama North MICE (meetings, incentives, conferences, exhibitions) facility, which just underwent an expansion, the Yokohama Budokan cultural sports facility, the United Arena and the K-Arena. Another venue may be too much.

Kokuryo adds, “The city has always played second fiddle to its much more powerful neighbor [Tokyo], as pointed out by Mayor Hayashi when referring to the lack of major corporations with headquarters in Yokohama. This is an issue that greatly affects corporate tax revenue, one of the biggest reasons for promoting the IR in the first place. Whether or not the IR project progresses, the city’s quest for long-term development will still have many twists and turns.”

The Nagasaki prefecture has seemed to be generally supportive of the idea of having a large gambling and entertainment facility appear as part of its landscape, which may be why the local government hasn’t been prone to delaying the process. There is a lot of enthusiasm for the IR coming from Nagasaki, as well as the entire Kyushu region that surrounds it. Having selected the port city of Sasebo as the most likely spot for the development, it would be in good company with the city’s Huis Ten Bosch theme park, an internationally-popular destination that is described as “an Instagrammer’s dream come true.”

The IR would most likely be built adjacent to the theme park, giving the ability for Sasebo to be viewed as a family-friendly destination, not just a gambling city. The area has other benefits, as well, including the “abundance of islands nearby the Sasebo site. Known as ‘Kujukushima’ or ‘Ninety-Nine Islands,’ roughly 208 islands make up a scenic and high-end resort canvas that is oozing with development potential. There are also the nearby Goto-Islands, creating an extended marine tourism network,” explains Kokuryo.

There is still a lot of work that has to be done before IRs can begin to make their way to Japan. The chances of seeing anything before the World Expo in 2025 are now completely off the board, but there is obviously a strong need to ensure that the first three locations chosen are unequivocally the right ones. The coronavirus pandemic, among other things, has already slowed down the selection process considerably, but perhaps the extra time will be put to good use.