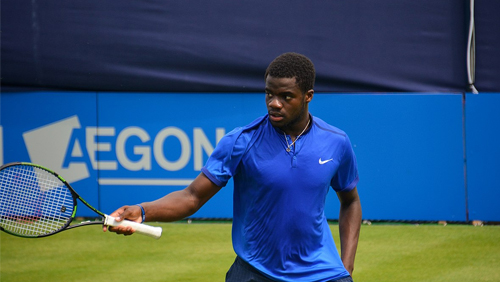 With very little recovery time between now and the U.S. Open, American player Frances Tiafoe was the latest player to succumb to COVID-19.

There is a real concern in tennis that major players will be hampered by having caught Coronavirus by the time the U.S. Open kicks off at the end of August. The start of that tournament is just seven weeks away, and while that may seem plenty of time for a young, fit player to recuperate from catching COVID-19 after self-isolating, any changes to as close to a normal build-up as can be experienced in that time are going to take an edge of elite players taking on others at the top level.

The latest case of Frances Tiafoe coming down with Coronavirus prompted the question on Twitter about players and the virus in general.

Overall, have you been impressed by the conduct of ATP players since the tour stopped in March due to COVID-19?

Please elaborate on your answer in the replies if you wish.

As you can see, 80% of the Twitter tennis fanbase think players haven’t done enough to protect themselves from the deadly virus. As Nick Kyrgios commented, “50,000 new cases in the States. Still planning on playing in the States. Stupidity.”

Tiafoe had been healthy before he played in the All-American Team Cup last Friday, beating Sam Querry in the first event that the United States put on with fans in attendance. Straight away, the U.S.A. tennis authorities have lost one of their brightest new talents in the world number 81.

At just 22 years old, Tiafoe’s development could be hindered by a poor U.S. Open or, even worse, a non-attendance when the event goes on. This is the case for many players from around the world, with the chances that Djokovic comes into the event at maximum capacity extremely unlikely. Rafa Nadal and Roger Federer might well not be at their best either, and this skews the normal betting market on the winner.

Tiafoe’s statement on Twitter said he was in recovery: “I am scheduled to have a second test early next week but have already begun the quarantine protocol as advised by the medical staff here in Atlanta. While I’ve been so excited to get back out there, the health and safety of everyone continues to be a top priority.”

Unfortunately, I tested positive late Friday for Covid-19 and have to withdraw from the All-American Team Cup special event in Atlanta this weekend. Over the past two months, I have been training in Florida and tested negative there as recently as a week ago pic.twitter.com/DeqR3eBxQo

With just a few weeks to go, we prefer the odds of Stan Wawrinka to virtually anyone on this list.

With the 2020 U.S. Open due to take place at Flushing Meadow from 31st August until the 13th September, it could be anyone’s guess who remains healthy to battle for the oddest Grand Slam title that will ever have been won.