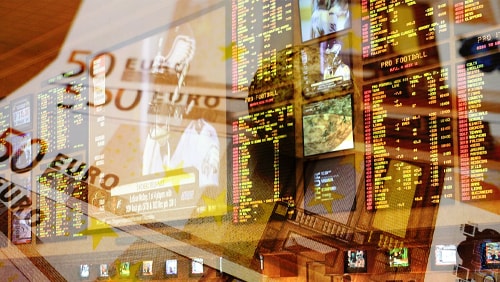 Sports fan are watching intently to see if major leagues like the NBA and MLB can successfully pull off their seasons while facing increased concerns over COVID-19. The two organizations, along with the NHL, are hoping they can get the action going at some point this month, but doubts remain as spikes are seen around the U.S. Fortunately, there is still a lot of other activity available to sports gambling fans, and this past weekend was another successful one for Bodog, which saw substantial interest in a number of sports competitions.

Leading the way among the leagues with the most bets was golf. The Rocket Mortgage Classic was the target for 14.98% of Bodog’s users, followed by a constant favorite, NFL. The NFL 2020 Sims games accounted for 14.62% of the action as the alternative to live football continues to draw a huge crowd. As popular as both of these were, though, they couldn’t beat the collective power of soccer waters. Between the different leagues in the U.K, Spain and Italy, soccer wagers made up 37.35% of the total, and even eSports soccer, with the GT G-26 League, was in the mix with another 9%.

Also in the mix were the Chinese Basketball Association with 6.61%, Horseracing with 6.17% and The Basketball Tournament (TBT) with 6.13%. This tournament, now making its seventh appearance, is a winner-take-all, single-elimination event sponsored by ESPN and open to anyone. The team that can take it all down pockets $1 million. Following on Bodog after TBT, table tennis, with the TT Cup, saw 5.14% of the action.

Breaking down the number of bets placed, the Rocket Mortgage Classic stayed on top and received 33.7% of all the action. That’s probably because of the show put on by Bryson DeChambeau, who would ultimately take the victory of the PGA event by three strokes. He brought every bit of his talent to the greens this past weekend, leading in driving distances and most strokes gained. After he broke the PGA’s ShotLink measurement tool, though, interest in watching him perform picked up even more. ShotLink is a digital tool used to measure the distance of shots, and he averaged 350.6 yards per tee shot with the mechanism in place.

ShotLink was only used on two holes at the Classic, so DeChambeau’s performance is made all the more spectacular. He would go on to set the longest average with his swings this weekend, at least since ShotLink was introduced 17 years ago, and broke the previous record held by Tiger Woods when he averaged 341.5 yards in 2005.

The match between Atlético Madrid and RCD Mallorca in Spain’s La Liga received the next-highest number of wagers at 8.99%. Atlético came out on top, sweeping Mallorca 3-0. In Italy’s Serie A league, SS Lazio Roma and AC Milan met on the field and gave Bodog a lot of action, 8.42%, as Milan would go on to sweep Lazio 3-0, as well. Altogether, soccer accounted for the most action, with a total of 66.31% of the bets placed on different matches.