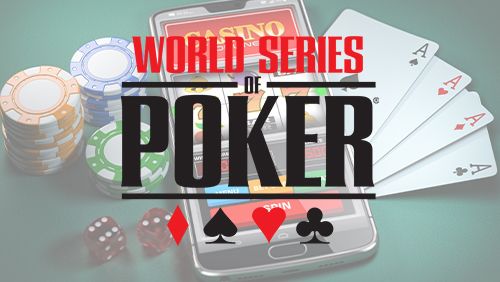 Two more WSOP bracelets have been won across events in both no limit hold’em and PLO8, with Allen Chang and Nathan Gamble winning their first and second bracelets respectively.

Allen Chang won his bracelet first, and it was his debut win in a WSOP event, as he negotiated a field of 854 entries to win the $1,000-entry Freezeout event for $161,286. You read that correctly, with no rebuys to worry about in this event, and when players busted, they busted for real.

Hailing from Brooklyn, Chang won the top prize from a huge prizepool of $811,300, which saw just 126 players paid. While rebuys often favour the big names, there were still plenty of poker luminaries who made the money, with former WSOP bracelet winner Andy Bloch coming 105th for $1,623), Event #2 winner Louis Lynch finishing 50th for $2,758.42 and Joseph Cheong running all the way to 40th for $3,164.

By the time play reached the business end of the event, Aaron Massey (13th for $6,896), Michael Gagliano (12th for $8,681) and Ryan Laplante (11th for the same amount) all got close to the final table without making it, with Greg Himmelbrand the bubble boy in that regard, finishing 10th for $8,681 himself.

Chang led the way when the action reached the final table and the New York native managed to see it through, overcoming strong performances from players such as Andrew Campbell, Felipe Leme and Philip Yeh, who Chang beat heads-up.

You can watch the final table right here.

Natahn Gamble took down the 6th event on this year’s Online WSOP schedule, with the $600-entry PLO8 Six-Max event seeing 883 entries create a prizepool of $449,820 prize pool. For Gamble, it was his second WSOP bracelet event victory, this time making him $89,424 richer after 12 hours of hard work.

Former soldier Gamble clearly has one of the best names for a poker player ever, and the Texan will be delighted with his latest win.

Other popular poker professionals reaching the money places in this event included Jared Jaffee (96th for $944), Daniel Negreanu (59th for $1,304) and Mike Matusow (37th for $1,754), who had a much quieter day at the felt than he did at the weekend when a slowroll sent ‘The Mouth’ into a spitting rage.

Gamble managed to prevail across a topsy-turvy final table, where at one point he was an 8:1 leader and then later a short-stack when heads-up for the bracelet against ‘danish01’. Gamble it was who would prevail, however, and in doing so win his second WSOP bracelet and an accompanying cash prize of $89,424.