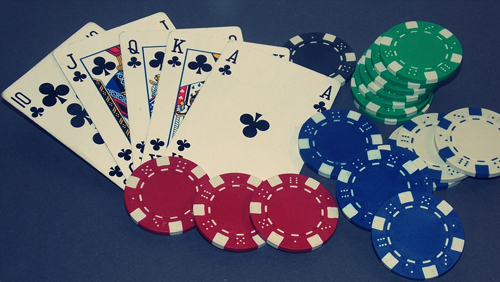 A dramatic conclusion to the opening WSOP bracelet event saw both Phil Hellmuth and Tony Dunst get close to picking up the gold before missing out at the last.

Hellmuth announced his intentions very early in the day as he made his way to Vegas to play the online event:

The tournament saw 1,715 entries including re-entries, with the irrepressible Hellmuth playing under his usual moniker of ‘Lumestackin’, an anagram for ‘Luckiest Man’. For some time, Hellmuth lived up to his name, ducking and diving his way up the leaderboard, constantly threatening the lead.

He wasn’t on his own. With just a handful of tables left, Hellmuth’s old friend Mike Matusow was also still involved, as brought to life in his own inimitable style by Joey Ingram on Twitter, saying “Matusow showing the new generation of poker fans that he still has what it takes in 2020”.

Matusow showing the new generation of poker fans that he still has what it takes in 2020 – chip leading WSOP Event 1 after this epic 2.5x turn shove after hitting a set and celebrates in style 😀

Matusow himself was more than concessionary when he eventually busted in 44th place for $2,623.

Thanks everyone for watching the live stream tonight was lots of fun wish I could of done better but 44 out of 1700 isn’t so bad for 1st event! #wsoponline #mouthpoker #TheMouthpiecePodcast

Hellmuth would go a lot closer and got into several tangles with his World Poker Tour colleague Tony Dunst. Hellmuth doubled through his WPT cohort when the Poker Brat check-raised all-in on a 3-A-9-K board with pocket kings against Dunst’s ace-queen.

Dunst, now shorter than his friend and foe, doubled back through the 15-time WSOP bracelet winner when he managed to make a set on the turn having already been ahead when moving all-in pre-flop with pocket queens against Hellmuth’s ace-ten.

That left Hellmuth a little short compared to the top stacks, but he was once again top dog when he won with pocket jacks against pocket tens. It didn’t last, however. Losing with pocket queens against pocket kings when all-in pre-flop, it was all over when Hellmuth couldn’t hold again with the ladies, this time against ace-king.

Lost a 4 Million chip flip, for chip lead in @WSOP #1, the guy that called it off musta felt sick (he took forever to call it off w A-K) to call off 1.8 Million knowing that best case is tie. Knowing it was me that moved in! He opened 200k, I moved in 2M w QQ w 13 players left

… and just in general about his miserable luck when running deep in the event.

Tough last 45 minutes, I ran QQ into KK, Ad-Qd into A-K (for 8 big blinds) and Q-Q into A-K. Went from chip leader to out in 13th. I won some pots to get there though #POSITIVITY

Hellmuth was reminded that he actually came 11th instead of 13th, scoring a return of $7,871. The final nine players included names such as Shawn Daniels and Justin Turner, but it would be Jonathan Dokler who won the bracelet.

It all came down to one hand three-handed, really. Tony Dunst four-bet shoved for 9.4 million chips with pocket nines, Dokler called with ace-king and he rivered a king to take the 19 million chip pot and take a massive 4:1 lead into what would be a brief heads-up.

It was so near and yet so far for Dunst in terms of adding to his WSOP bracelet collection, but for Dokler it was a sweet victory, where so much of the focus had been on The Poker Brat and other huge names, that he kept his head and saw it through, as the WSOP.com page revealed in the early hours of the morning Stateside.

There will be more chances for Hellmuth to add to his collection, but the names involved made it a winning start to the WSOP Online version for poker fans around the world.