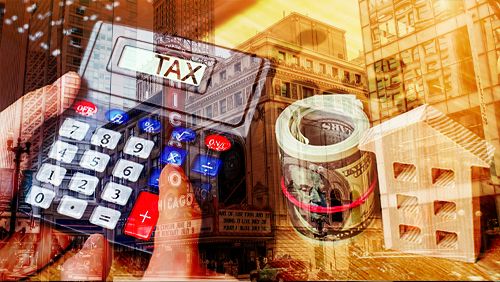 Things may have just gotten a little easier for Chicago’s plans to introduce a casino to its landscape. The hub of activity in Illinois has had a difficult time showing that any type of gambling property was economically viable, and a study concluded last August by Union Gaming showed that the state’s newly-approved tax structure was the reason. That study had a causal effect on lawmakers’ decision to make changes, and the idea of seeing a Windy City casino is now more of a reality. Illinois’ governor, J.B. Pritzker, just put his signature to a bill that would effectively lower the taxes on gross gaming revenue (GGR) owed by a Chicago casino.

Senate Bill 615 (SB 516) made its way through the legislative gauntlet in May, paving the way for Chicago to become more attractive to casino operators. It became clear that there was going to be an issue when Union Gaming stated in its results, “To the extent a casino operator could pare down expenses and realize modest revenue and profits from non-gaming amenities, total enterprise profit margin would, in a best-case scenario, likely equate to a few pennies on the dollar.”

Adding to the difficulties, a casino operator would be responsible for a $15-million license fee and a one-time payment of $30,000 per gaming position. Given that the casino expansion bill in Illinois authorized up to 4,000 positions in a casino, that implies a cost of $120 million if the operator decided to fill all possible positions. Suddenly, Pennsylvania’s exorbitant gaming license fees didn’t look so bad.

There is still a sliding scale for tax owed on GGR, but it will be at a lower range. The amount an operator pays will be directly tied to how much it earns, with slot GGR being taxed from 22.5-74.7% and tables games taxed anywhere from 15-35%. Chicago will split the tax haul with the state, and a casino would have to make over $1 billion before being forced to give up three-quarters of its slot revenue. Table games would have to top out at over $375 million before the 35% tax rate kicks in.

The news of the bill’s passage should make everyone happy, including Senator Dave Syverson. The state politician called out the Illinois Gaming Board (IGB) last month for not moving fast enough on a casino approval for the city of Rockford, and he can use this as a way to emphasize how it’s time for the board to pick up the pace. Chicago may not yet be ready to break ground on a casino, but this new tax bill will certainly speed up the process, which could ultimately put Rockford at a disadvantage in competing for customers.