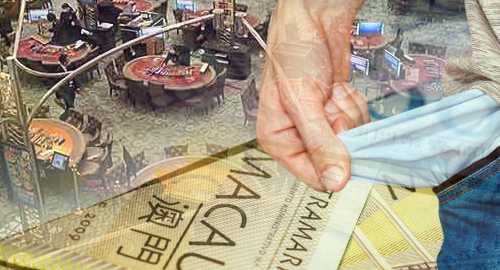 Macau casino gaming revenue sunk to an all-time low in June, as COVID-19 quarantines continue to spook gamblers away from the world’s top casino hub.

June’s total represented a step back from May’s MOP1.76b and was even worse than the MOP754m result the casinos reported in April. June’s rate of decline was also marginally worse than April’s 96.8%. For the year-to-date, Macau’s gaming revenue is down 77.4% to MOP33.7b ($4.2b).

Macau’s already struggling market has been in absolute chaos since February, when COVID-19 forced the 15-day shutdown of all casino operations. Since then, pandemic quarantines in major feeder markets such as Hong Kong and China’s Guangdong province have kept all but the most resilient high-rollers away from Macau.

On Tuesday, Hong Kong’s government announced that it was extending its 14-day quarantine for individuals arriving from Macau to August 7. Mainland arrivals to Macau are no longer required to self-isolate while in Macau but must do so for 14 days after returning to the mainland. China has also yet to resume issuing travel permits under its individual visit scheme (IVS).

Stats haven’t been issued for June but Macau’s Statistics and Service Bureau (DSEC) announced Monday that local hotels welcomed only 116k guests in May, an annual decline of 89.9%, as average occupancy rates fell 77.8 points to just 12.3%.

Macau’s lack of gamblers has added even more volatility to the market’s revenue stats, which are increasingly reliant on a relative handful of VIPs. Wilfred Wong, president of Las Vegas Sands’ Sands China division, told the Macau Daily Times that “gaming is a law of probability” and without the usual hordes of mass market gamblers, “there’s no balancing off” a VIP who happens to play lucky one day.

Macau’s government is now bracing for its casino licensees to engage in further staff redundancies, which will put even greater strain on the local economy. The government previously announced plans to trim its annual budget by 10% and impose “austerity measures” on social services.