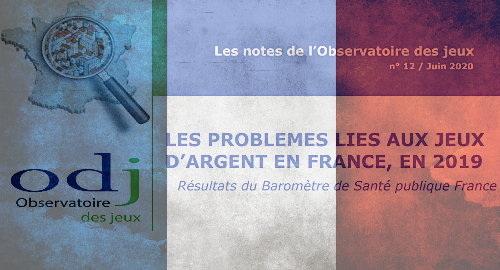 Gambling participation is on the decline in France but the ranks of problem gamblers is on the rise, presenting a dilemma for the country’s new gambling regulatory body.

A new report by Observatoire des jeux (ODJ), a French government agency tasked with monitoring the nation’s gambling activity, found that 47.2% of over 10k respondents admitted to engaging in some form of gambling in 2019. That’s a significant decline from the 57.2% who admitted gambling in the 2014 survey.

Extrapolating these figures to the population at large, 0.8% (370k) of French adults can be considered problem gamblers while another 2.1% (1m) are at moderate risk of earning that dubious designation.

What’s more, the ODJ claims these 6% of problem/at-risk gamblers accounted for 38.3% of all gambling spending last year. ODJ notes that these results “cannot be considered satisfactory” and will need to be monitored closely over the next few years.

Poker and casino games were each around three to four times more likely to produce problem gambling activity than lotteries, while sports and race betting were five to six times higher than lotteries.

As with the lottery stats, separating specific products within a category shows where the bulk of the problem lies. For instance, slot machines were nearly three times more likely to produce problem gambling behavior than other casino games.

On a demographic basis, being young, male and of a ‘modest’ level of education were among the key predictors of developing problem gambling behavior. Interestingly, income level wasn’t a significant differentiator.

There are also distinct differences in the types of online play that lead to greater levels of problematic activity. For instance, online lottery scratch card players were three times more likely to develop problems than those who bought scratch cards at a retail outlet.