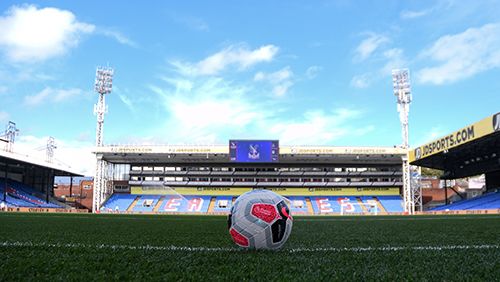 Liverpool may have etched their name on the Premier League trophy, but there is still plenty to play for with 11 games remaining in the 2020 season. A coveted top-four spot remains up for grabs with eight sides in contention for a Champions League spot.

The club most under pressure are fourth-placed Chelsea on 54 points, two points ahead of fifth placed Wolves with a game in hand. Frank Lampard’s side booked a semi-final FA Cup date with Manchester United over the weekend but will have one eye on the run home. A top-four finish will be a victory for the first season coach.

The former Chelsea midfielder has battled hard his season as coach at Stamford Bridge. Lampard dealt with a transfer ban by blooding several younger players in his side, with the results paying off handsomely. Chelsea made a statement in the transfer market, signing Timo Werner from the Bundesliga and a top-four finish would go a long way to nabbing Kai Harvertz from Bayer Leverkusen.

Manchester United have fallen off the pace, dropping to sixth spot in the EPL table. The Red Devils face a difficult run to the finish with tricky fixtures against Sheffield and Leicester City in the run home. Ole Gunnar Solskjaer will be praying to the football gods that January signing Bruno Fernandes can drag the Red Devils over the line. Inconsistency and poor form across the back will continue to haunt United.

The chasing pack behind them includes Tottenham, Sheffield and Arsenal, who could mathematically sneak into Champions League contention.

Chelsea remains the favourites to claim the final Champions League spot, with the Blues recording an impressive 2-1 win over Manchester City last weekend. Leicester City has struggled in recent weeks and could be the side that misses out at the end of the season.