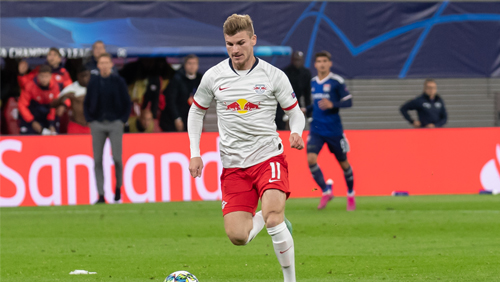 It was supposed to be the done deal that everyone knew about. Timo Werner, RB Leipzig’s latest superstar to be sold on, was heading to Liverpool to link up with Jurgen Klopp. Werner’s finishing, finesse and fast-paced pressing style was perfect for the ‘gegenpressing’ formation that Klopp’s teams all adhere to.

Werner’s style suits Liverpool so well because he is always on the front foot as a player, hounding defenders, but also on the last shoulder all the time. Any time a ball is put inside the channel between the central defender and full back, he’s onto it like a racing greyhound, going clear of defenders and cutting It inside to then face the goalkeeper. This is where Werner is at his most dangerous, and by far the area of the pitch where he does the most damage.

As you can see from the goals he’s scored already this season, Werner loves to exploit the space behind a defence and capitalizes on any mistakes in that section of the pitch.

Can Timo Werner be as effective in a Chelsea side that has historically relied so much more on the tight pitch and stadium that is Stamford Bridge?

Well, for a start, that pitch size question is now more of a myth, Stamford Bridge (6,901 square metres) actually having a larger pitch size in total than Anfield (6,868 square metres) , though both grounds are short of the wide expanses on grass that The Emirates or Old Trafford have (7,140 square metres at each).

It comes down to a question of style, and when looking at Chelsea strikers of the past, those who played in Werner’s style were often dogged by having a reputation as flops, often incredibly expensive ones.

It sounds crazy now, but Fernando Torres was seen as an incredible signing at the time of him arriving at Stamford Bridge for £50m from Liverpool. Instead, having scored scored 65  goals at Liverpool in less games than he played at Chelsea, he netted just 20 times in 110 appearances for the West London side. He did, however, prompt this legendary co-commentary moment which propelled Gary Neville into international infamy.

Andrei Shevchenko was arguably an even bigger mistake, even though he cost considerably less at just £30.8m. The former and future A.C. Milan player at that point, one of the greatest strikers in the world, Shevchenko could muster only 9 goals across 48 games before his miserable stay in London was brought to an end, the Ukrainian suffering the ignominy of being loaned back to I Rossoneri never to play again in a Blues shirt.

While players such as Fernando Torres and Andrei Shevchenko arguably flopped, others have flourished in West London. The two most successful strikers of Chelsea’s Premier League era are both fairly recent with Didier Drogba (2004-12 and 2014-15) scoring 104 goals in 254 games for The Blues and Diego Costa scoring 52 goals in 89 games. In terms of strike-rate, Costa was by far the better striker, but Didier Drogba’s nine years at Stamford Bridge cemented his place as number one Premier League striker in the Chelsea fans’ hearts long before he did this to win them the European Cup.

Timo Werner has an oddly dichotomous back-story then, upon which to start his Chelsea story. He has many positives going for him. He’s younger than many of those former strikers were when they arrived, alongside other names in Chelsea’s alternate folklore, such as Gonzalo Higuain, Hernan Crespo and Radamel Falcao.

Frank Lampard is known for believing in youth more than experience and is unlikely to pepper his time in the West London outfit’s dugout with purchases of established elite players. This is far more like the level Chelsea fans can expect, and along with Hakim Ziyech, could prompt the start of a new Chelsea era of buying younger, hungrier players more likely to stick around past the initial season of novelty and naïve hope.

Werner is just 24 and has an astonishing strike rate of 75 goals in 123 games for RB Leipzig. He is well worth his £54 million buy-out clause, and yet the German may well hear some ghostly musings in the corridors of Stamford Bridge should he encounter a dry spell. With the walls closing in, the spectres of Fernando Torres and Andrei Shevchenko, ably supported by back-ups such as Daniel Sturride and Mateja Kežman, are said to moan in unison whenever the next superstar striker fails to live up to their price or their billing as the new saviour.

They all chant the same thing, the ghosts of Chelsea strikers past.