Manchester City are set for a showdown against UEFA, as the club are set to have their appeal heard at the Court of Arbitration for Sport (CAS). City had a two-year ban from the Champions League upheld by UEFA over ‘serious breaches’ of Financial Fair Play regulations (FFP). 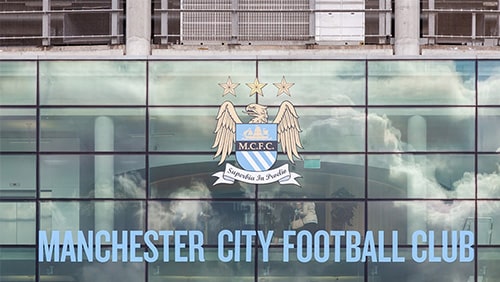 The ban would mean that City would miss out on more than £200m in revenue. The club’s hierarchy would also face a significant task in convincing the majority of the most expensive squad in the English Premier League to remain in Manchester.

City have maintained their innocence since allegations first emerged in German magazine Der Spiegel and will have the chance to plead their case in front of a three-man judging panel via video conference. The deliberations are expected to take three days, with the outcome having massive implications for UFEA and Manchester City.

If the ban is upheld, City could be forced to say goodbye to a number of players including Raheem Sterling, Kevin De Bruyne and possibly coach Pep Guardiola.

The initial investigation found that City had overstated the value of their sponsorship revenue between 2012 and 2016. An investigation was launched by UEFA, after being prompted by a series of leaked emails from the Football Leaks organisation and Der Spiegel.

City were subsequently fined £26.06m by UEFA, for serious breaches of FFP and failing to co-operate with the UEFA investigation. City officials have maintained that the emails were obtained illegally and designed to damage the reputation of the club. The alleged hacker, Rui Pinto is facing 147 charges in Portugal, relating to illegal access of data and extortion.

Manchester City coach Pep Guardiola remains confident that the ban will be overturned on appeal:

If City are successful in overturning the ban the consequences will be long-lasting for UEFA, destroying the FFP model that was designed to curb the spending of City and Paris St Germain.