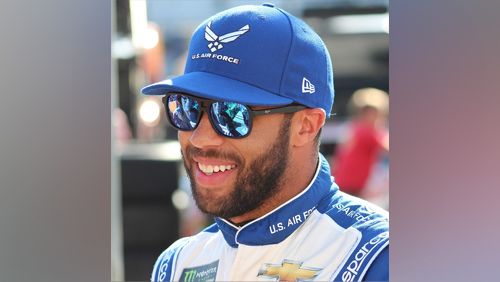 NASCAR has been left reeling after a noose was found in the garage of Bubba Wallace at the Talladega Superspeedway. Wallace, the sole African-American driver on the NASCAR circuit, had only recently campaigned for the banning of the Confederate Flag at NASCAR events. The governing body launched an immediate investigation into the event, promising to ban those involved from the sport.

Understandably shocked, Wallace took to Twitter to express his disgust at “a despicable piece of racism and hatred.”

Wallace has received widespread support for a flag that has ‘no place in sport.’

NASCAR driver Bubba Wallace says he’s “getting a lot of positive outreach” after NASCAR banned the display of Confederate flags at races, but also says “we are getting the fans that will never watch a NASCAR race again. The same fans that never watched the NFL after the kneeling” pic.twitter.com/iZvrMC1tYd

The NASCAR hierarchy has been adamant on listening to the wider community, in response to the call for social change of the death of George Floyd, with the ban long overdue considering its historical meaning.

NASCAR has not addressed how they would enforce penalties on fans or teams displaying the flag moving forward. The move has been met with pockets of resistance on social media from a fan base that is 80% white. On Sunday, there were protests outside the racetrack to the flag ban, with an aircraft flying overhead calling for NASCAR to be defunded.

In a further show of solidarity before the race, NASCAR drivers and pit crew pushed Wallace’s car to the top of the grid before the race. Wallace was overwhelmed by the support, with owner Richard Petty also in the crowd.

The result on Sunday saw Ryan Blaney win the Geico 500 in a photo finish from Ricky Stenhouse Jr.. Wallace finished in 14th place after running into fuel problems.

Four races back into a resumed NASCAR season, the 2020 Championship remains wide open with a trio of drivers chasing the 2020 title. Chase Elliot, Denny Hamlin and Kevin Harvick remain at the top of the betting at +550. Kevin Harvick remains the most consistent driver of all three, with two wins and five top-six finishes.

The NASCAR Cup series is set to resume next Sunday June 28 at Pocono Raceway.