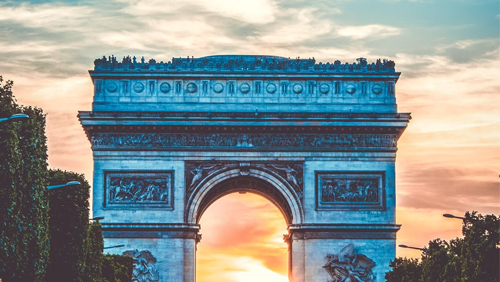 France’s Autorité de régulation des jeux en ligne (ARJEL, the online gaming regulation authority) was formed ten years ago, initially created to oversee online gaming in the country. The seven members that comprise the ARJEL board have worked diligently to shape France’s online gaming market over the years, implementing a number of initiatives designed to help the activity flourish and to protect consumers. The gaming ecosystem, as a whole, is changing, though, and oversight has to evolve with it. This is why ARJEL is no longer running the show, replaced by a more robust L’Autorité Nationale des Jeux (ANJ, the National Authority of Gaming). The torch was officially passed yesterday.

ANJ held its first formal meeting yesterday, marking a new era for gaming control in France. The entity will oversee all aspects of gambling in the country, including casinos, horseracing, lotteries, iGaming and more. This includes policing France’s 228 racetracks, over 200 casinos and all online operators that conduct business within the country’s borders. ANJ can instruct online operators to remove certain advertising that is deemed inconsistent with guidance and can also implement on-site controls. However, its authority stops with money laundering or integrity issues, which will still be overseen by France’s Ministry of the Interior (MoI).

The transition from ARJEL to ANJ was proposed last year and approved this past March when it was announced that Isabelle Falque-Pierrotin would be spearheading the new initiative. The political leader is in charge of Franc’s National Commission for Data Protections and is now officially the president of the new gaming body after yesterday’s inaugural meeting was held. As such, Falque-Pierrotin and the other members of ANJ have their work cut out for them, needing to bring together “splintered” laws and regulations that have prevented France’s gambling ecosystem from advancing as gaming operators would have liked.

According to Falque-Pierrotin, when the ANJ was first announced, “The ANJ is not an enlarged ARJEL; it is a new project that requires rethinking regulation. It has to adapt its intervention to monopolies (FDJ and PMU) and to players gambling mostly anonymously in points of sale. I would like to set up a regulation that combines support and control in order to better serve and protect players.”

Among the primary topics that the group will begin to address immediately are problem gambling, protection of minors, fraud prevention and money laundering. While the ANJ won’t have authority to go after potential money launderers or those suspected of financing terrorism, it will still implement policies that operators must follow. Any suspected violations will be handed over to the MoI for possible legal action.