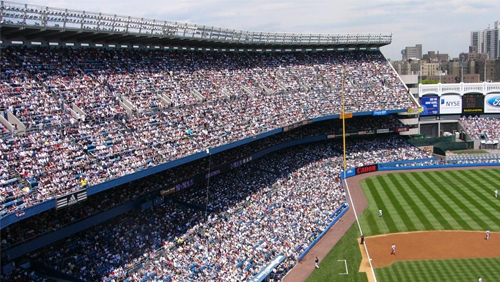 If it weren’t for the fact that this is a serious breach of public trust, the continued – and exasperating – situation regarding the restart of MLB in the U.S. would be laughable. Players and owners have spent the past two months lobbing proposals back and forth, each one rejected as soon as it lands in the opponent’s territory. Last week saw the possibility of a 2020 season slip even further out of reach, and another step backward has now been taken. A potential agreement was apparently in the works before team owners decided to scratch through several items on the list, forcing the MLB Players Association (MLBPA) to scrap a planned vote and start all over – again.

An idea had been floated to play a 60-game season and it had received a relatively acceptable response – lukewarm, at best, but this is better than what had been seen to date. However, Commissioner Rob Manfred scribbled in some changes, according to ESPN, and the MLBPA was forced to delay the vote until all the points could be considered.

Manfred said in a letter to MLBPA Executive Director Tony Clark, which was apparently intercepted by the Associated Press, “Tony, am writing to reiterate what I told you on the phone a few minutes ago. Given the Covid developments, I understand that the players are concerned that the 2020 season will be truncated beyond the agreed upon number of games (for example, we agree to play 60 and can only play 40). If that were to happen, I would be prepared to eliminate the 2021 components of the deal. That would mean that we would not get the expanded playoffs in 2021 and the DH rule would revert to the current rule (DH in AL, no DH in NL).”

The MLBPA executive board was ready to get to work and vote on a proposal this weekend. Saturday was going to be a good day for baseball, once the union took a closer look at reports that new coronavirus cases have been seen. The board intended to take a vote yesterday, but Manfred threw a monkey wrench into those plans when he sent Clark his email with the proposed changes. The commissioner added, “I think I have previously agreed to give you full termination pay for players who were salary arbitration eligible in 2019, are on non guaranteed [sic] contracts and are terminated in spring training. Those players would get the numbers of days of termination pay equal to the number of games we agree to play, subject to the repayment of salary advances.”

It’s almost as if neither side truly wants to hold a 2020 season, but is only going through the motions to make the public happy. There have been plenty of examples throughout history where warring factions have been able to sit down at a mediation table and hash out their differences, even if it took 48 hours of non-stop discussion and debate. MLB owners and players have been going at it for over 60 days, and about the only agreement that has been reached was when the union agreed not to counter the proposal to have 70 games played this season, if it ever starts.