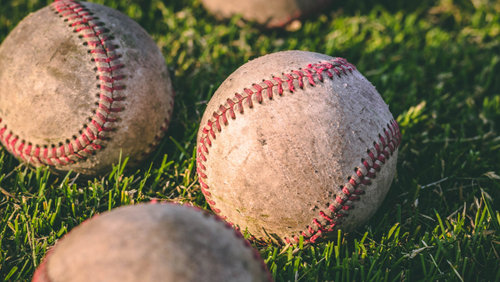 It’s bottom of the ninth with two outs, and it’s not looking good for MLB baseball. Players and owners simply cannot come to an agreement on how a return to action should proceed, with each proposal presented to date rejected by the other side. The league’s most recent suggestion was for 60 games, which was rejected by the MLB Players Association (MLBPA) as it countered with 70. However, MLB Commissioner Rob Manfred wasn’t willing to play ball and immediately rejected the alternative. At this point, MLB, as a whole, is looking more like the Bad News Bears than a professional sports organization.

As Manfred and MLBPA lead Tony Clark have met this week to hash out their differences, Manfred has felt the meetings have been productive. He explained after the two got together on Wednesday, “We had a list of issues. We stated positions on each of those issues. We then made trades and compromises across and within those issues. At several points in time, I went back to the list of issues with Tony and reviewed where we were, and I did that again at the end of the meeting. We shook hands and we both agreed we were going to — push was the word — push our sides to reach an agreement consistent with that framework.”

However, a 70-game season isn’t feasible, according to the commissioner. He explains, “I told him 70 games was simply impossible given the calendar and the public health situation, and he went ahead and made that proposal anyway,” adding, “[Dr. Anthony Fauci, director of the National Institute of Allergy and Infectious Diseases is] out there telling us that football should [be] playing in a quarantine. [The NBA and the NHL] are playing in a quarantine. Our guys want nothing to do with that. No. 2, Fauci says we shouldn’t be playing in October and their proposal contemplates lengthening the season.”

Another point that is causing some tension is a “no grievance” clause owners want to add to a restart plan. This would prevent players from being able to seek some type of reimbursement for damages if they feel the plan is unfair. Many players aren’t willing to agree to it, simply because they’re concerned that owners might try to figure out a loophole that could strip away more of the players’ compensation.

Manfred makes it clear that he is ready to lay down the law, if necessary. He asserts, “We want to play. We want to reach an agreement. We’re committed to doing whatever is necessary to find a way to play, hopefully by agreement.” In other words, if an agreement isn’t reached, he will use his legal right to stipulate how the season will proceed. However, this shouldn’t be seen as a sign that baseball will return. Players have already said that they are ready to walk out if they’re not happy with any arrangement, and time is running out for an equitable deal to be reached.