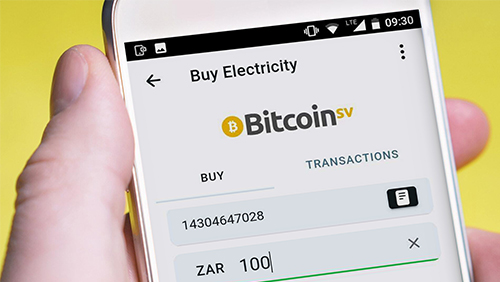 Johannesburg, Thursday 18 June 2020: South African fintech, Centbee, launched a new feature in its Bitcoin SV wallet today that allows you to purchase prepaid electricity, airtime and data. This is the realisation of a dream by co-founders Lorien Gamaroff and Angus Brown, finally making the vision for bitcoin as electronic cash a reality.

South African Centbee users have been able to top up their wallets with Bitcoin SV from over 50 000 retail stores since early 2019 and from their South African bank accounts since February 2020. In addition, Bitcoin SV can be bought from South African cryptocurrency exchanges VALR.com and AltCoinTrader and sent to a Centbee wallet in seconds.

How to use Centbee to buy prepaid electricity, airtime and data with Bitcoin SV

Lorien Gamaroff said, “This is the reason I built the Centbee app. To make bitcoin useful, convenient and accessible so that anyone with a mobile phone can use it like cash, which was always bitcoin’s vision. Now, with a way to buy everyday products and services with Bitcoin SV, we’re one step closer to making Bitcoin SV the everyday electronic cash that millions of people can use.”

Making Bitcoin SV useful for consumers has always been a priority for Centbee and the Bitcoin SV blockchain is the obvious choice for large transaction volumes at the lowest cost. Bitcoin SV is the only blockchain that can scale exponentially and its industry players are known for their unyielding commitment to regulatory compliance and supporting traceable and legal transactions.

The Bitcoin Satoshi’s Vision (SV) blockchain restores the original protocol described in the Bitcoin Whitepaper in 2009 by bitcoin creator, Satoshi Nakamoto, and fulfils the vision for bitcoin as peer-to-peer electronic cash.

Angus Brown commented, “As experts in payments and financial systems, we strongly believe that regulatory compliance is an essential element to building the Bitcoin SV ecosystem. We support regulations that protect consumers and give businesses the confidence to utilise blockchain technologies. Bitcoin SV is the only blockchain that is able to deliver this as well as fast, cheap and exponentially scalable transactions.”

Download the Centbee app from the Google Play Store or Apple App Store. 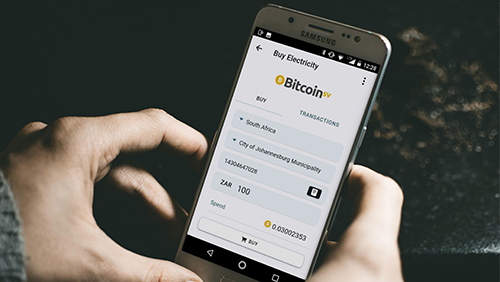 Centbee is a Bitcoin SV wallet provider that makes it easy for global consumers to buy, keep, spend and send Bitcoin SV to their friends using their mobile phone.