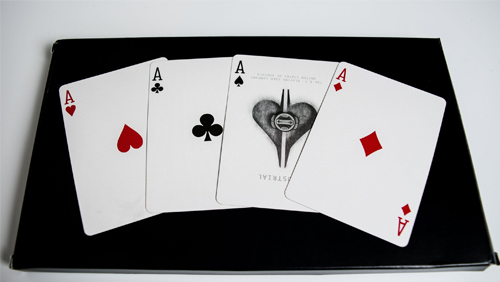 There is almost always huge merit in bluffing in poker. Known as ‘the Cadillac of poker moves’, just like the car itself, it can make you purr when it runs perfectly.

There can be few better examples of how to perfectly time a bluff than the one from  the 2018 World Series of Poker Main Event. Down to just two players, with stacks of greenbacks piled up between the two men, Tony Miles and John Cynn duked it out for the title and the $8.8 million top prize. The runner-up would walk away with ‘only’ $5 million.

With 10 million chips in the pot on the flop of 3-4-J, both men had comparative rag hands, Miles holding 7-5 and Cynn with 6-4. Flopping middle pair, Cynn bet 4.5 million. In normal circumstances, a take-it-away bet that 90% of the time, elicits a fold.

This hand, however, was something else. It was a hand in which Tony Miles plays as if he is determined to win the hand any way he can. This particular time and that particular time. He’s finding a way to win this hand in the manner Liam Neeson characters refuse to die in action movies.

Miles ‘very specific set of skills’ at this stage lead to him making the call, and both men see a turn of another three. Miles checks to Cynn, who this time bets 6.5 million. Again this feels a little like the slim value bet it is. Unless Miles has either of the other cards that flopped, what can he do?

All Miles has is a gutshot, but it’s like he’s told himself that he has a three and has just turned trips. Maybe he’s just in full Neeson mode. Either way, he makes a big raise, bumping it up to 20 million.

At this stage, Cynn might have made a mistake. Not in the fact that he eventually calls, but that he does so without committing to calling almost all rivers.

Miles might have known he was beaten if he was someone else, but he isn’t, he’s Tony Miles. The king of diamonds on the river completes the flush draw, and Miles moves all-in on it.

It’s an outstanding move, and one designed to put Cynn into a world of pain, which he looks in from the moment Miles juts out his jaw and comments an ‘all-in’ to the dealer.

Cynn actually has a lot to think about here. Which hand can Miles have that would beat him. If it’s a jack or three, why has he gone so big on a river that potentially destroys him. Cynn is the player who if he has had a flush draw and called all the way to the river in an effort to hit it, now would have the best hand.

Miles knows this and still shoves. If he had a diamond draw, would he really have kept going at Cynn in the manner he has on both the flop or the turn? Cynn has all this information, but in the end chooses to let it go, saying that if it’s  bluff, Miles probably deserves to win the hand.

He’s right on both counts, but it loses him the hand not to just pull the trigger and make the hero call to end them all.

What’s perhaps most interesting about this hand is the action that follows it, or rather the consequences of this hand. Miles, emboldened by the move coming off, tries it again later in the contest. Cynn, however, by this point knows that Miles bluffed in this key spot and manages t make the call… and win the title.

Miles’ ability to mix it up in this hand was brilliant, yet perhaps his inability to flip the script in the next moment he had the chance to bluff cost him. Had Cynn sniffed this one out, it would all have been over, but by failing to spot this one, it made the eventual winner all the more determined to make the right decision when it came around again.

Whichever door Miles burst through like Liam Neeson, there was his enemy sitting in the chair with a gun pointed right at him. Miles, the hero, was shot down. But it’s hard not to love him for the sheer magnitude of the bluff in this hand which made the final table great right to the end.