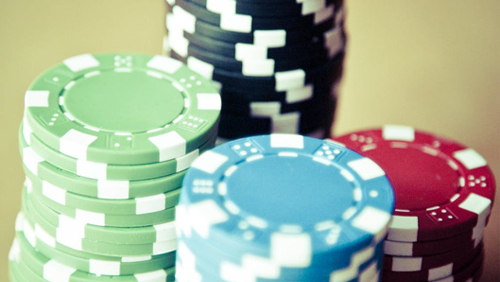 Six-time WSOP bracelet winner Daniel Negreanu has laid down the gauntlet to the rest of the professional poker world by betting on himself at 5/2 that he will win a World Series of Poker tournament bracelet in 2020.

Giving himself just over six months to win one, there is, of course, every chance that Canadian poker legend Negreanu will have to do so online rather than at the live felt where his years of stare-downs, twitches and tells can be interpreted by a master of the game.

There’s a chance that the WSOP will run later in the year, of course, but for now it looks almost certain that the vast majority of Negreanu’s work will be done online.

Or, if there is a live WSOP this fall.

Will bet up to $1 million. pic.twitter.com/BKXcGXWTei

The gauntlet tossed into the centre of the arena, Negreanu was keen to establish that he was happy to take on others at this feat too. Can he get the better of those who have taken him up on the challenge at up to and including $100,000 a maximum bet?

Connor Drinan, Patrick Leonard and Ali Imsirovic, will all hope to get the better of Negreanu at the following price:

I will also bet myself against another player of your choice, you can pick yourself or a wizard.

If both win it’s a push.

If neither win it’s a push.

With over $40 million in live poker tournament results over his incredible career, it would be easy to bet on the recently-married Negreanu to enjoy home comforts and bag a bracelet, especially given his familiarity with GG Poker, for whom he even more recently became an ambassador.

Having won the WSOP Player of the Year award twice and entered the Poker Hall of Fame, Negreanu was quick to credit his first two opponents he’ll face as quality opposition.

“Both are top-notch players so either could win one for sure.”

With a minimum of 85 bracelets up for grabs this year, Negreanu confirmed that “any bracelet” would count, so if a tournament is coming later in the year, you heard it from Negreanu first.

With his last bracelet win coming back in 2013, seven years ago, Negreanu has got desperately close in recent years, so will hoping that variance balances up a couple of tough endings to his events since his last bracelet ceremony. There may be no ceremony this year outside Negreanu’s palatial Las Vegas home, but there’s to be a video blog to enjoy instead…. if he wins.