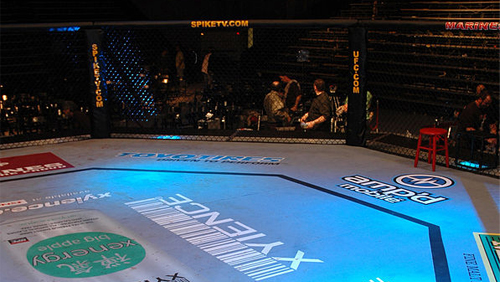 UFC 250 last Saturday was headlined by a women’s bout, and so is this Saturday’s UFC Fight Night event, also at the organization’s Apex facility in Las Vegas, as a flyweight fight between Americans Jessica Eye and Cynthia Calvillo tops the card. Once again, no fans will be in attendance.

The 33-year-old Eye (15-7) is ranked as the No. 1 contender in the women’s flyweight division behind Valentina Shevchenko. “Evil” is looking for a rematch with the champion as Shevchenko beat Eye by second-round knockout (head kick) in a title fight at UFC 238 in June 2019. Eye bounced back with a unanimous decision victory over Viviane Araujo in December of last year. That Eye won by decision is no shock as she has taken 73 percent of her victories via the judges. She is -120 for Saturday.

Calvillo (8-1-1), 32, is ranked 10th in the strawweight division. Her past six bouts have been in that division. She comes off a majority draw against Marina Rodriguez in December 2019. Calvillo’s lone loss was at UFC 219 by unanimous decision to former strawweight champion Carla Esparza. Calvillo’s UFC debut was in March 2017 at flyweight and she beat Amanda Bobby Cooper by first-round submission. Calvillo is -110 for Saturday.

Earlier on the main card and at men’s flyweight, Canadian Charles Jourdain (10-2) battles American Andre Fili (20-7). There is no current flyweight champion with the shocking recent retirement of Henry Cejudo, who also was the bantamweight champ. Neither Jourdain nor Fili is ranked in the flyweight division.

“Air” Jourdain is a bit of an unknown with just two fights in the UFC. He lost his debut in May 2019 to Desmond Green but beat Doo Ho Choi last December by second-round TKO (punches). “Touchy” Fili comes off a loss in January via unanimous decision to Sodiq Yusuff. Fili is priced -235 for Saturday with Jourdain at +185.

At middleweight, Italy’s Marvin Vettori (14-4-1) is a -225 favorite over American Karl Roberson (9-2), who is +175. “The Italian Dream” is best known for battling current welterweight champion Kamaru Usman to a split decision in April 2018. Roberson has won back-to-back fights since a first-round submission loss to Glover Teixeira. These two were to fight last month, but Roberson had to pull out less than 24 hours before due to ill effects from his weight cut.