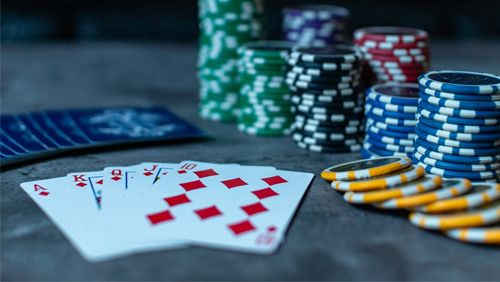 For the last two years, one word has been associated with partypoker more than any other, and while the MILLIONS live tour has been shelved for now due to the ongoing worldwide pandemic, the online version of partypoker’s MILLION schedule has continued to be a success.

How much of a success it has been, however, might be the subject of speculation after the online brand took the decision this week to restructure how players take each other on in the signature event.

With a hefty $1 million guarantee, the partypoker MILLION hasn’t always reached the numbers its needed to over the past couple of years. With Day 1’s scattered throughout the week, Sunday’s final became something of a dose of normality after playing Day 1 flights that could have been played over your morning coffee as much as your evening meal.

With the previous events being ‘phased’ up from $2.20 entries, there was also a mis-match in terms of aspiration. While many players might think that playing all the way into a million-dollar guarantee event for as little as $2.20 is a dream scenario – and let’s face it, it is – the regular achievement of such an aim wasn’t so viable.

Now players can satellite into the daily Day 1’s, each of which take place from 6.30pm BST, with a healthy late registration period to allow for flexible entry times for those recreational players who are still rigorously sticking to working hours that might finish later than the kick-off time.

As well as the modified Day 1’s, these also take place on Sunday, which traditionally will be the heaviest populated Day 1 given the vast swathe of ‘Sunday Majors’ events that take place across sites such as PokerStars, GGPoker and 888poker as well as partypoker.

The final day for anyone who survives the partypoker MILLION Day 1 will now be on a Monday evening, kicking off at 6.30pm BST. Maybe the logic is that if players depart, they can rollout out of the Day 2 and kick off the next week’s event by slipping straight into the first Day 1 field. It’s a little like hoping people who leave nightclubs at 4am are going fancy a few pints in a bustling pub, but it might work.

With Day 1 players in the partypoker MILLION receiving a starting stack of 1,000,000 chips, blinds are 5,000/10,000 at the beginning of the event, with a 1,000 ante in play from the first deal. Anyone who survives Level 20 will have bagged a final day stack, with the option of plying other Day 1’s to rack up a bigger total while knowing that the lowest stack must be sacrificed. Only one stack can be taken through to the final day.

As well as the restructuring of the MILLION itself, partypoker has brought back two other events that are sure to pique the interest of that player type who don’t see spinning up a $215 buy-in from a $2.20 entry as a lifestyle choice.

Whoever wins the Micro will also collect a seat into a World Poker Tour event worth $1,050, with the forthcoming WPT World Championship an appetizing treat for players to look forward to. Anyone who wins the MILLION Mini will bag a $3,200 WPT seat as a bonus to that winning feeling.

You can find the official partypoker MILLION tournament page right here, with a full schedule for the upcoming event available by clicking here.