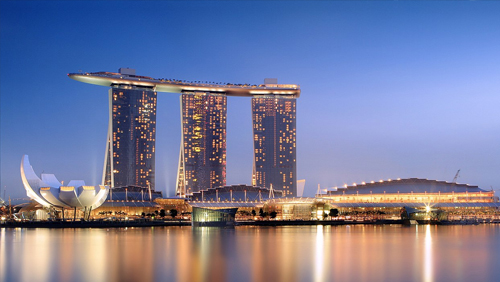 Singapore had already begun to make headway toward offering a more transparent gambling market when it brought oversight of the industry under the control of one regulator in April. Those efforts, though, were forced into overdrive when the Marina Bay Sands casino, owned by Las Vegas Sands (LVS) and Sheldon Adelson, found itself in the crosshairs of a US Department of Justice (DOJ) probe into possible money laundering. With that ongoing investigation threatening Singapore’s reputation, the country is now going to take a closer look at its gambling laws to ensure that they are in line with recommendations established by the Financial Action Task Force (FATF).

GGRAsia reports that it received a statement from Singapore’s Casino Regulatory Authority (CRA), explaining that the government agency and other government officials are reviewing the country’s Casino Control Act to bring it up to FATF standards. The CRA explained, “The Ministry of Home Affairs and CRA are reviewing the legislative thresholds in the Casino Control Act with a view to lowering these thresholds further to fully comply with the FATF standards.”

Currently, cash transactions of anything above SGD10,000 ($7,177) and deposit transactions of SGD5,000 ($3,599) conducted at casinos in Singapore trigger know-your-customer protocols. However, this is higher than what the FATF has recommended, which places the transaction threshold at about $3,240. A previous study on Singapore’s gambling operations showed that it was deficient in its compliance with established protocols, having only partially created guidelines to appeal to the FATF’s recommendations. That report added that there were “deficiencies with regard to the inadequate customer due diligence requirements applicable to casinos, real estate agents, precious stones and metals dealers and accountants” that could facilitate money-laundering activity such as that now allegedly coming out of Marina Bay Sands.

LVS has a significant history of dubious practices, but has continued to push forward without much more than a slap on the wrist. It was fined $9 million by the US Securities and Exchange Commission in 2016 for violating the US Foreign Corrupt Practices Act and paid another $7 million the following year to the DOJ on related charges. There have also been reports of the company allowing drug dealers to pass massive amounts of cash through accounts registered at its casinos, and the Marina Bay Sands has been specifically targeted after a patron accused the property of transferring funds from his account to those of others without his knowledge.

The new money-laundering probe in Singapore puts the country’s gambling industry in the spotlight once again when it most likely would have preferred to fly under the radar. The CRA asserts that it constantly reviews its anti-money-laundering and anti-terrorism controls, updating them as necessary. However, it might be time for Marina Bay Sands, and perhaps LVS, to be dissected completely.