UFC superstar Conor McGregor stole the headlines at UFC 250, announcing his retirement from the sport. The two-time UFC titleholder announced his retirement via Twitter for the third time in the closing moments of UFC 250. The 31-year old McGregor cited boredom, and a lack of buzz around the competition, behind his decision to walk away from the UFC.

Hey guys I’ve decided to retire from fighting.
Thank you all for the amazing memories! What a ride it’s been!
Here is a picture of myself and my mother in Las Vegas post one of my World title wins!
Pick the home of your dreams Mags I love you!
Whatever you desire it’s yours ❤️ pic.twitter.com/Dh4ijsZacZ

McGregor’s announcement was immediately met with scepticism as Joe Rogan slammed the timing of McGregor’s tweet.

“I don’t buy it for a second,” he said. “I think Conor McGregor’s trying to get you to talk about him. What better way to get people to talk about him than when there’s spectacular fights. What he did was just sort of hijack the situation.”

Hey guys quick announcement, I’ve decided to retire from the sport formally known as “Mixed Martial Art” today.
I wish all my old colleagues well going forward in competition.
I now join my former partners on this venture, already in retirement.
Proper Pina Coladas on me fellas!

I have decided to retire young.
Thanks for the cheese.
Catch ya's later.

McGregor had previously announced his retirements from the sport in 2016 and 2019, only to return to the sport, in what was viewed by many pundits as a contract negotiation ploy. McGregor only recently returned to the sport, stopping Donald Cerrone in a first-round knockout at UFC 246. 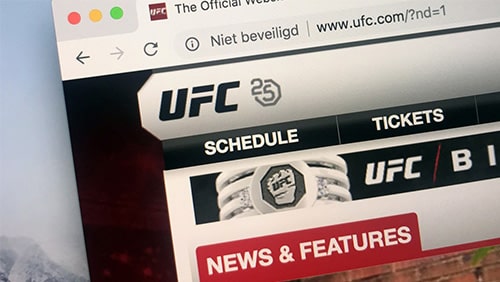 McGregor is the only fighter in UFC history to hold two belts from two different weight divisions. Prior to the bout with Cerrone, McGregor hadn’t won a fight since 2016, when he claimed the lightweight title against Eddie Alvarez at UFC 205.

Since the Alvarez fight, McGregor lost to Floyd Mayweather in a 2017 boxing bout and was defeated by Khabib Nurmagomedov, in his 2018 UFC return.

The Irishman remains the UFC’s biggest financial drawcard and was tipped by UFC president Dana White to challenge the winner of Khabib’s match-up against Justin Gaethje. The American stunned Tony Ferguson last month in Florida, after Khabib was unable to travel to the U.S. for the bout.

McGregor’s announcement stole the thunder from a spectacular card at UFC 250. Amanda Nunes became the first UFC fighter to defend two titles in two separate weight divisions with a unanimous decision over Felicia Spencer. One of the greatest fighters in UFC history, Nunes holds the bantamweight and featherweight title.