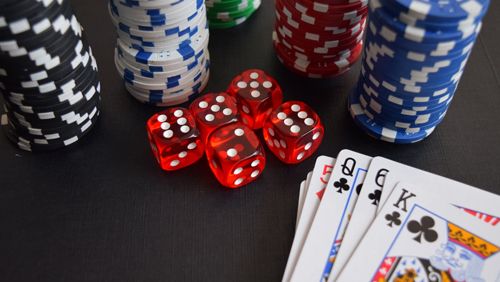 Losing with pocket aces is always painful. It stings if it happens at your local in a $10 rebuy tournament. It provokes a grimace if it’s in a $50 online tournament. When it happens deep in the World Series of Poker Main Event, it’s an agony that can never really be undone. The scar stays with you, and no matter what Sam Greenwood wins in his career, one particular hand will likely stand the test of time and dominate poker’s YouTube leaderboard in decades to come.

Greenwood took on Timothy Su in the hand, a player with a lot less experience than the Canadian. Su raised pre-flop with a suited nine-ten of clubs, and Greenwod, with the ace of hearts and ace of clubs, three-bet to 2.5 million chips. A slow call from the impassive Su, the chip leader at the table with just two tables left in the Main.

“Suited connectors are one of the best hands to crack aces.”

Commentator Lon McEachern wasn’t wrong, and the flop of both a queen and a jack gave Su the open-ended straight draw. Both were diamonds, however and along with a four of clubs, Greenwood was still a 65% favourite to the win the hand post-flop.

A bet from Greenwood in early position, this time to 1.8 million, around a third of the pot. A piece of bait designed to hook in his opponent. A fairly quick call this time from Su and now a pot of 9 million chips – valuable to Su and what would be priceless to Greenwood.

“He does call and they’re building a monster pot here.”

On the turn of another jack, this time in spades, the flush draw was only available to diamond hands, and Greenwood’s bet of 3.5m is chunkier. It’s designed to put Su to the test, so the aggressive all-in from the American player throws Greenwood a massive curveball.

Off come the headphones, as well as the Toronto Raptors snapback. Greenwood, who has been looking like a man who forgot to pick up the salad sandwich he left on the kitchen counter when leaving the house, is starting to grimace. It’s all of Greenwood’s remaining 7.8 million chips to make the call, but if he can and he’s right, he could win a pot worth 31 million chips.

For Sam Greenwood, that kind of stack puts him in an incredibly strong position to win the WSOP Main Event outright.

Greenwood gets out of his chair, fiddles with his chips, as if letting his read – that he’s well ahead of Su – sweat out of him. He’s absolutely right to make the call, being an 82% favourite to win the hand, and when he does so, Su shoots him a ‘you’ve got me’ grin.

“Sam Greenwood is way ahead… but Su has eight outs.”

At this point, while Su counts out the chips he would be left with, smiling along with the drama of it all, Greenwood looks sickly. It’s as if he genuinely knows it’s coming and the only way he makes it easy on himself is to visualize his nightmare, make the monster real before it peeks out from underneath his bed.

Finally, he smiles, like a freedom fighter facing the guillotine hovering above his neck, he understands his fate, and has accepted the grim reality about to end his hopes.

The dealer slides the king of clubs onto the river and Sam Greenwood stands up, a rueful grin on his face. A handshake, a smile, acceptance of the fact that his head has just metaphorically been lopped off his shoulders by his executioner, almost appreciation of a kill very well done on his face.

While Timothy Su went on to fall well short of the final showdown, Sam Greenwood may well have provided us with a Main Event final table masterclass. It was not to be, his pocket aces straightened out by the smiling assassin of Timothy Su on the dirtiest of rivers. Greenwood will undoubtedly be back every year, but it is unlikely he will ever get further.

We hope for the sake of universal justice that he does.

You can watch the timeless action of a poker hand that will be remembered forever right here: