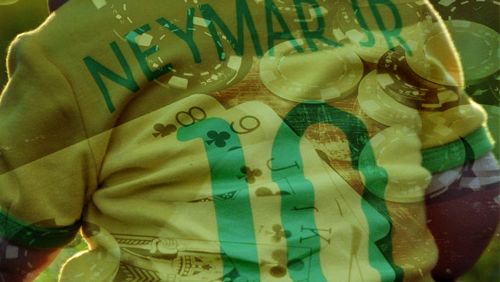 It was perhaps Matthias Eibinger’s run that was most impressive, if only for the fact that he came into the final table in last place of the five who had survived that far. The Six-Max format had seen two players bust on the final table bubble, with ‘Sepcpro_tect’ from Holland leaving in 7th place for $23,491 and Uzbekistan’s ‘shuhpat’ busting in 6th place for $30,598.

With an entry of $5,200, the top five were fighting for just a single six-figure score, and it would be a Brazilian player who left the final four fighting it out, Bruno Volkmann unable to improve when committed for all of his chips with pocket eights against Greek player ‘Geokarak’ and their pocket tens.

When Polish player ‘FouEnculePL’ busted in 4th for $51,909, just three remained, but the aforementioned Geokarak was next to bust, flopping a set of tens only to see that the exact same flop had given Simon Ronnow Pedersen, using the screen name ‘Igorkarkarof’, the straight.

With just two players remaining, Pedersen had the lead over Matthias Eibinger, but the high roller pro isn’t highly regarded in the game for nothing. He ground down his Danish opponent before utilizing his chip lead to seal the victory and bank $114,704 in the process.

Mike ‘SirWatts’ Watson is a name synonymous with victory and this reputation was only bolstered by his latest win in Event #113. With the entry fee set at $1,050, Watson won his third SCOOP title of 2020 and sixth overall when he negotiated his way through 147 opponents to take the win.

Having won the exact same event last year – albeit with a $5,200 buy-in – Watson got the better of some great players in the final seven players that assembled at the final table. Among them were Rinat Lyapin from Russia, who finished in 6th place for $7,667 and British player ‘GODofHU’, who failed to live up to their controversial name by losing heads-up to the irrepressible Watson, the Canadian scooping in the top prize of $29,997.

Brazil and Paris St. Germain footballer Neymar made it all the way to the final dozen players in Event #118 as he outlasted 213 players in the $2,100 buy-in tournament. In the event, which had a $450,000 prizepool and was won by Russian player Konstantin Maslak for $72,947 including bounties.

Neymar himself won $4,219 by way of his 12th place finish and an extra $2,500 in bounties, eventually losing his own bounty when all-in with pocket nines up against fellow Brazilian Joao Studart’s ace-queen, the crucial coinflip going against the La Liga winner and Olympian superstar. Eventually, Studart would bust in 8th place for $17,299 in total winnings, followed in the payouts list by Dutch player Lorenzo Baynes, who won $10,000 in bounties and just $9,875 by way of that final table finish in the Progressive Knockout (PKO) tournament.

Another big player to run deep was Mike Leah, who would come 3rd for a total of $44,672, including $20,641 in bounties. It would be Slovakian player ‘Dajvey’ who ran Maslak closest, losing out to the Russian heads-up, and cashing for just $134 more than Leah, who was considerably more active in winning bounties.

With plenty of SCOOP events still to come, there are sure to be bigger prizes on offer, and who knows, maybe even bigger names than Neymar still to pitch up and take part. PokerStars’ record-breaking SCOOP will crown more winners and provide yet more thrills along the way.

James Rodriguez has shined like nobody else at the World Cup
Kirby Garlitos
3 July 2014
.