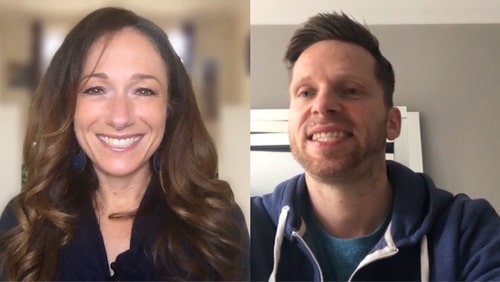 Operators have already seen regulators react swiftly to the COVID-19 crisis, cutting down on advertising to protect the people from the harms of problem gambling. But for an industry that already polices itself pretty well, there’s a fear those regulations could go too far and create their own harms. To discuss this matter, our Becky Liggero Fontana met up with Martin Lycka, Director of Regulatory Affairs at GVC.

Luckily, Lycka noted that fears of changing player behaviors have been overblown. “I would like to think we haven’t seen a drastic change in customer behavior, so some of those press and media reports and articles may not necessarily jive with what is actually happening in the industry,” he said. “Of course the near absence of sports, if we were to discount the weird and wonderful world of Belarusian and Burundian football and table tennis, means that there is customer segment or a group of customers that would be looking for other opportunities where to gamble, so these customers would definitely try out the industry’s poker and casino products. However as I started saying, we have not led to any drastic increases of spikes in irresponsible gambling behavior and I truly believe that the industry has had and go have had a very crucial role to play in this regard.”

One of the changes anti-gambling advocates have pointed to is the U.K’s Betting and Gaming Council’s announcement of a reduction in advertising. “You might have seen that the BGC issued its 10 points plan in terms of how to tackle, in particular advertising but also the gambling offer itself, during these truly extraordinary COVID times,” Lycka said. “On top of that, members announced that they would stop doing all TV advertising in the U.K. during the lockdown.”

“And specifically talking about GVC, we actually further bolstered and improved our markers of harm program.” He added. “We introduced two additional markers of harm that specifically relate to the pre and post COVID crisis behavior. So don’t get me wrong, as always there’s still a lot left to be done, but I believe that the industry’s response to the COVID crisis has been excellent, it’s been very, very good, it’s been impactful, we’ve stepped up to the plate.”

The reality is that the gambling industry, and GVC, are doing more to keep gamblers safer than ever, but the media discussion suggests just the opposite. “What is slightly concerning, again from my personal perspective, that some of our potential discussion partners have been portraying every single gambler, equated every single gambler with a gambling addict,” Lycka said. “And it has to be said that in discarding some of those myths, while indeed having as I’ve already said, a sensible discussion with the powers-that-be.”

Should regulators make things too hard on gamblers, it could have dangerous consequences, as Lycka spoke about at the SBC Digital Summit. “I remain of the view that in the event that any regulatory screw was over tightened, then that could unfortunately incentivize a significant group of punters to wander off to the black market,” he said. “And we did indeed on that panel be touched upon issues related to affordability and I’m a big fan of affordability as opposed to hard-coded, in some instances, rather arbitrary statutory limits that do not reflect what people actually can and cannot spend on their gambling.”

But he does admit that the industry needs to be mindful of how it advertises going forward. “I think the crucial issue that is the volume of advertising, and I’m of course prepared to admit that in the U.K., but also elsewhere, you know we may project ourselves back to the DraftKings related U.K. advertising scandal couple of years ago,” he said. “A number of industry operators simply overdid it, I suppose nobody really fancies, when watching a soccer, football game, to be flooded and overwhelmed with constant gambling related advertising. So in my view, volume is the key issue, we should put an emphasis on quality as opposed to quantity.”

But there must be some form of advertising, as it actually serves a pretty important public service. “Picking up on the quality point, I truly believe that advertising serves two key purposes in the gambling world,” he said. “The first one being to give customers the ability to differentiate between licensed and unlicensed operators, and the second one being, it plays a crucial role as an additional channel of conveying our responsible gambling messages.”