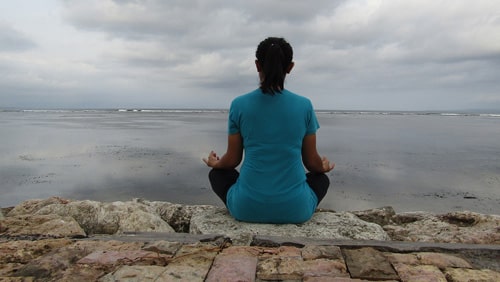 A lot of what is found in the world today was once nothing more than a fantasy concocted in the mind of a science-fiction writer. It’s said that the flip-phone and smart tablet were taken directly from Star Trek, and artificial intelligence has paved the way for cyborgs and robots that are quickly becoming commonplace. There have been plenty of sci-fi movies that offered the ability for a body to almost instantly heal itself through some magic solution, and this may not actually be as unrealistic as some may think. New technology and innovation has led to the use of nanoparticles that can help the body heal itself much more quickly than with conventional medicine, and this could be just the beginning of a person’s ability to rejuvenate massive amounts of dead or dying cells sooner than expected.

Researchers with the University of Illinois at Urbana-Champaign (UIUC) are using “nanostimulators” to heal wounds. These microscopic particles come complete with a molecule that is naturally produced in the body that has been shown to help stem cells attack and repair damage from injury. Published in an edition of the ACS Nano magazine, Surface Tethering of Inflammation-Modulatory Nanostimulators to Stem Cells for Ischemic Muscle Repair the results of the study have been nothing short of incredible and are exponentially speeding up the regenerative powers the body uses to repair muscle damage.

“We wanted to utilize the natural functions of the stem cells and the stimulating factors to address muscle ischemia locally,” Professor of Chemical and Biomolecular Engineering at UIUC Hyunjoon Kong explains. The tests have been conducted to target muscle ischemia, a type of damage to the muscles that stems from a loss of blood supply or oxygen that can be caused from a number of sources, including injury and artery disease. The research used stem cells taken from the subject’s own fat tissue and the result was an increase of oxygen and nutrients in the damaged cells, as well as a faster reduction of inflammation.

Marni Boppart, a professor of kinesiology and community health who co-authored the study, adds, “The primary benefit of stem cells toward tissue regeneration is not necessarily the ability for the cells to replace lost tissue, but to release beneficial growth factors and cytokines that assist in the process. The nanostimulators allow cells to release the beneficial factors longer than they would otherwise. This provides a significant advantage, particularly when cells are transplanted into injured, diseased or aged tissues.”

As with any medical research ever conducted (and virtually any research of any kind), the initial findings are promising, but not entirely conclusive. The results are there; however, getting the stem cells to replicate their responses long-term has been more challenging. Nevertheless, it’s a huge step in the right direction and is going to lead to more positive results as research continues. Kong asserts, “We propose that this method is better than methods that require chemical preconditioning, which can affect the viability of the stem cells, take 24 hours or more of culturing and have limited-time effects. Our idea is to collect adipose tissue in the operating room, separate the stem cells, mix in the nanostimulators and reinject them to the patient – all in one procedure.”

Smart cities of the future to be much smarter
Erik Gibbs
3 July 2020
.