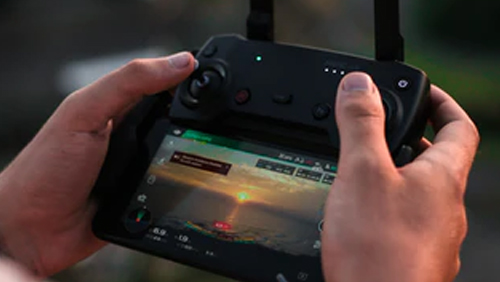 The number of times camera-carrying insects have been featured in science-fiction movies can’t easily be counted. Finding cockroaches, flies and bees traveling around with miniature cameras and microphones to spy on the competition or infiltrate underworld organizations is standard operating procedure for many futuristic films. However, as is the case with a number of crazy technological inventions that seem to be too weird to be real, the concept of an insect with a camera on its back is possible – and it’s already here, according to Inverse magazine.

Science Robotics just published a study prepared by engineers with the University of Washington that bring the camera-carrying insects to light. The engineers explain that they have developed an extremely small, extremely light-weight camera that can be attached to bugs, and which can stream video to a smartphone. It all came down to figuring out how to solve several technical issues that have prevented the cameras from previously becoming reality.

According to Vikram Iyer, one of the authors of the study and UW Ph.D. student in Electrical and Computer Engineering, “Vision is very important for us, as well as any other animal, and it’s something you see commonly on larger robotic systems like autonomous cars. But when you try to shrink it down to the size of a penny it becomes very challenging. You have to consider a number of different factors, including the size, the weight, and the power consumption. These are all different things we had to optimize.”

At issue in blocking the introduction of a team of insect spies were things like power usage and weight. However, the team behind the project figured out how to reduce both substantially by taking queues from live insects and combining that with existing technology. That enabled the creation of a camera that weighs just 1/550th of a pound with a range of motion up to 60 degrees and which can be controlled by Bluetooth from up to 400 feet away. The camera can operate for six hours, and the entire device weighs less than one-tenth of a playing card.

If there’s any doubt about whether or not it works, the group has already put it to the test and the results can be seen in a YouTube video. In addition, field tests have been conducted, with several different insects wearing camera “backpacks” as they wandered around a parking lot in Washington. The researchers watched as the bugs climbed rocks and strolled around, apparently oblivious to the added weight on their backs. As they roamed, the bugs would send back footage at one to five frames per second (fps) – much lower than the 24 fps seen with most streamed movies, but it is still a huge accomplishment and a massive step toward even better results.

The implications are extraordinary – not just for wanna-be spies, either. The technology could lead to endoscopic robots and flying insects that can keep track of crops for farmers for human assistance, but can also be used to study the very creatures carrying the devices in ways that have never before been possible.