Home / Life / Smart cities of the future to be much smarter 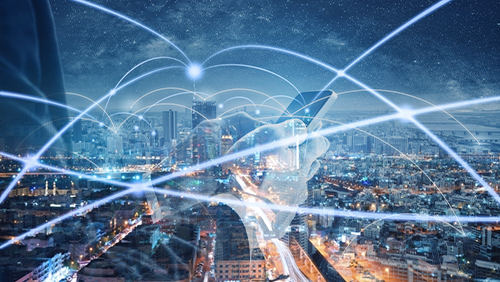 Some people may not realize it, but the “smart city” is already here. As we integrate things like smart lightbulbs, smartphones and smart thermostats into our lives, we are laying the foundation for an eventual smart city, where everything could be connected. As the technology behind the creation of smart devices continues to develop, smart cities could eventually become even smarter and take on an entirely new personality.

Smart devices are meant to simplify our lives and increase efficiency. Nowhere are these improvements needed than on the streets, where the quality of services offered to residents can be improved. Integrating “smart” technology into things like the distribution of electricity and transportation can lead to a better use of resources at lower costs, which ultimately is a winning situation for everyone. McKinsey Global Institute asserts, based on a study it conducted, that integrating smart technology into city operations can improve the quality of life of inhabitants by anywhere from 10-30%.

According to Bernard Marr, there are a number of examples where smart technology can help serve the community. As urban areas become more popular for living, there is a greater need to provide better traffic flow, and technology can make this happen. Smart systems can adjust public transportation routes on the fly and smart traffic light systems can be integrated in an effort to reduce congestion. This has already begun in some places, such as Hangzhou in China, where a smart traffic system led to a decrease of 15% in traffic jams.

It’s not just about traffic and congestion, though. Spain’s leading telecommunications company, Telefonica, has developed a refuse indication system that can notify trash collectors if public containers are full or not. This way, they don’t have to waste time hitting each container and can concentrate only on those that are ready to be emptied. Marr adds, “[This] also means KPIs (key performance indicators) can be more closely tied to bottom-line impact, such as how many bins are close to overflowing and won’t be emptied within the next few hours. This is far more meaningful than measuring abstract factors, like how many waste collection trucks are out on the road.”

Elsewhere, smart technology is leading to the introduction of real-time energy observation in order to adjust levels according to use. This increases efficiency and also has the added benefit of making the areas where the systems are installed greener. Over the next couple of decades, more systems like these will see their way into the public realm, substantially increasing the global green footprint.

An initiative is also underway that allows citizens to become more involved in developing better smart cities. The Smart Citizen Kit is a device that can be installed on the exterior of any location, such as on the windowsill or an apartment balcony, to gather public data like air pollution and noise. The data is then transmitted to a central platform for analysis, providing for the creation of a huge public map of all outside data that can impact neighborhoods and residents.

That fly buzzing around you might have a camera on its back
Erik Gibbs
16 July 2020
.