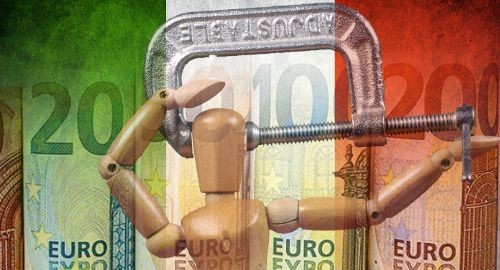 Italy’s sports betting operators will have a higher than expected temporary pandemic-related turnover tax, although it will run for a shorter period than expected.

This week, Italy’s government issued the final text of its so-called Relaunch Decree, which lays out the parameters of the country’s plan to restart its economy after most retail operations were ordered closed to limit further spread of the COVID-19 coronavirus.

Earlier drafts featured a 0.75% tax on all betting turnover – be it land-based, online or virtual sports – with the proceeds earmarked to help the nation’s sports sector emerge from its pandemic hibernation.  This rate was reduced to 0.3% in later drafts, with the stipulation that the tax would remain in effect until December 31, 2022.

The definitive draft now calls for a 0.5% tax rate, but the government shortened the tax duration by one year, meaning it will only apply through December 31, 2021. The government has kept the previously stipulated sums to be collected via this tax at €40m this year and €50m in 2021, although these are now maximums rather than minimums.

The government has some contingencies to make up the difference should the new tax not bring in the aforementioned annual minimums, but this doesn’t appear likely. Estimates are that this new tax could cost already struggling Italian-licensed operators upward of €72m per year.

Camerlo Mazza, CEO of bookmaker Betaland’s parent company OIA Services, told Italian affiliate Agimeg that the new turnover tax “will be absorbed by us” rather than the company offloading the cost onto bettors. However, he said that prior to the tax being raised to 0.5%, and all operators have their breaking point.

Mazza noted that “taxation and representation must go hand in hand,” and if he is going to be asked to pay more taxes, “I would also like to see my interests as a taxpayer and economic operator balanced in the general interest.”

The tax is to take effect 10 days after the Decree’s passage, so the burden of meeting this year’s €40m total will for the moment fall entirely on the nation’s online betting licensees, as the government has yet to indicate when land-based bookmakers might reopen their doors.

While numerous other retail operations have been allowed to reopen, betting shops, bingo parlors and arcades will remain closed until at least June 14, with no guarantee that the whole process won’t be reset once again should a second wave of COVID-19 infections be detected.

Italian racing had been pressing the government for approval to resume operations on May 22 on a ‘behind closed doors’ basis with no spectators in the stands. The Ministry of Health, after consulting with the Ministry of Agricultural Policies, later announced that racing could resume on May 25.