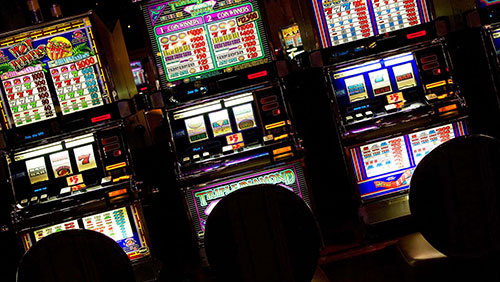 Less than a month ago, Colombian authorities signed off on a measure that would allow live-dealer casino games to be offered in the country. It’s part of a shift that is being seen in the entire gambling industry, as online casinos look to offer a more realistic virtual experience. There are still a number of countries, such as the U.S., that haven’t accepted the unalterable fate of gambling, but Colombia is ready to lead the way. In response to the passage of the legislation, Coljuegos, the country’s gaming regulator has now laid out the framework (in pdf) for how casino operators are expected to manage their foray into the next cycle of gaming evolution.

Whereas some countries remain hesitant at recognizing the inevitable transition to online gaming, Colombia has taken the necessary measures to determine whether or not iGaming represents a major threat to traditional, land-based casinos. Not surprisingly, that threat is negligible, and brick-and-mortar casinos have little to worry about. Because of this, iGaming is gaining traction and the live-dealer aspect is going to be a major part of its advance.

Conventional casinos should be willing to jump on the chance to get involved in iGaming alternatives, if for no other reason than what they have suffered through because of the coronavirus. With the successful launch of live-dealer games in Colombia, they will be able to stream certain games, including blackjack and roulette, live from their gaming floors on collaboration with online venues, which will give them an additional source of revenue. However, according to Coljuegos, they won’t be allowed to combine the in-venue players with the online players to create larger fields.

Both in-country and overseas operators will be able to offer live-dealer games. However, any entity looking to get in on the action will have to have its solution approved by a designated testing facility before it can go live. All live casino games are required to offer a rate of return to players equal to or greater than 83%.

The gaming regulator adds, “The transmission [of the game] will be made from recording studios or commercial establishments destined for the operation of localized games, which may be located within and/or outside the national territory as long as they comply with the technical requirements established by Coljuegos. The Live Casino bets will be counterpart, in which the player bets against the gaming operator, obtaining the right to a prize in the event of winning a hand or a play at the venue, and the value of the prize being established by the operator in its regulation. The value of the prize must be informed to the player prior to the game. In the case where the transmission is made from a casino that offers service to face-to-face players, the same player will not be allowed to place bets from the physical casino and from a remote connection device at the same time on the game element.”

The regulations are finalized, but not yet implemented. Once they are published in the Official Gazette, the government’s official newspaper, they will take effect. That should happen within the next few days.