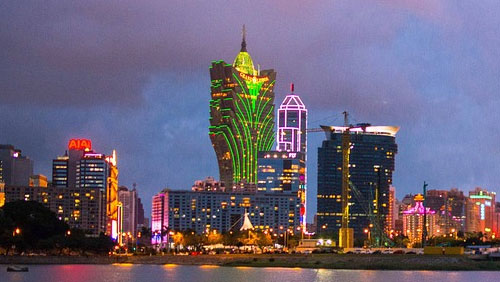 Paulo Martins Chan has been running Macau’s Gaming Inspection and Coordination Bureau (DICJ, for its Portuguese acronym) since the

beginning of December 2015. However, with the goal of returning to the Public Prosecutions Office, he decided to vacate the position ahead of his December 2020 contract termination. Chan is going to turn over control to Adrian Ho, the former boss of the Judiciary Police’s gaming-related and economic crimes investigation unit and current advisor to Macau’s Secretary of Security. The transfer of power has now been confirmed, with Chan scheduled to clear his desk on June 9 to make way for Ho’s entry the following day.

Lei Wai Nong, Macau’s Secretary for Economy and Finance, confirmed the transition last Friday, adding that Ho is well equipped to assume the role and that the change was not an attempt to increase gaming regulations. He explained, “Regulating the gaming industry is a persistent work for the government, it is not future tense. No matter who is the DICJ director, we’ll continue with our regulation as usual to ensure healthy development of the gaming industry.”

Lei also made it clear that the casino tender process, scheduled for 2022, isn’t expected to be handled or differently, or be delayed, because of the handover. As he explained to the media, “The authority of making decisions about the gaming law [is] in the hands of the Chief Executive and the five Secretaries. The DICJ’s job is mostly to execute our decisions and policies.”

That position was reinforced by lawyers who specialize in gaming law and regulations in Macau. For example, Carlos Lobo, a Macau-based lawyer, told GGRAsia, “This change of leadership at DICJ [Macau’s Gaming Inspection and Coordination Bureau] will not bring many changes in regards to new regulations. Although probably different in style, both [men] have a strong legal background.” However, he added that Ho’s background in law enforcement gives him an “advantage in regards to practical issues as I’m sure he would have been aware of potential areas for improvement on coordination with not only other law enforcement agencies, but also with other jurisdictions.”

Attorney Pedro Cortés, in comments made to the International Association of Gaming Advisors (IAGA), stated that the move could be a sign that the DICJ will be working more closely with Macau’s security operations. He stated, “We may speculate that the Macau government may be considering to change the entire gaming industry regulatory and inspection affairs from the supervision of… the Economy and Finance [portfolio] into… Security [portfolio].”

A transition of this nature has already begun, in a way. The Financial Intelligence Office was moved from being under the control of the Secretary for Economy and Finance to inclusion in the responsibilities of the Secretary for Security, a change that took place around two years ago. Cortés adds, “It is also possible that the inspection part of the current bureau [DICJ] be the one to move to the leadership of the Secretary for Security,” which would keep responsibilities for coordination and regulation in the hands of the city’s gaming commission, which had been ” re(created) in 2010 although yet to have a stronger role.”