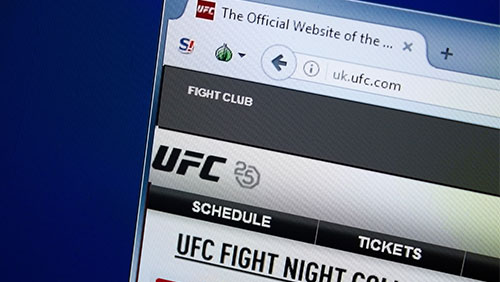 While the coronavirus pandemic has had a negative effect on just about every facet of life in the United States and Canada, it has transformed this week into one of the best ever for mixed martial arts fans and bettors. That’s because UFC president Dana White wanted badly to grab the sporting spotlight while he could, so he’s staging three cards over a seven-day period – all at VyStar Veterans Memorial Arena in Jacksonville, Florida, and with no fans in attendance.

The last of those three is Saturday’s Fight Night event headlined by Alistair Overeem and Walt Harris meeting in a heavyweight bout. They are ranked No. 8 and 9, respectively, in the division; Stipe Miocic is the champion.

At age 39, Overeem (45-18) is near the end of a likely Hall of Fame career. The Dutchman is a former Strikeforce and DREAM heavyweight champion, not to mention a one-time world kickboxing champ. He fought Miocic for the UFC heavyweight crown at UFC 203 in September 2016 but lost by first-round knockout.

Including that outing, the “Demolition Man” is 4-4 in his past eight bouts. He took on Jairzinho Rozenstruik most recently in December and was beaten by fifth-round knockout with just four seconds remaining and while leading on all three judges’ cards. Overeem was around a -300 favorite then but is a +140 underdog here.

Harris (13-7) is a 36-year-old American. Unfortunately, he was in the news for tragic reasons in October/November 2019 when his stepdaughter went missing in Auburn, Alabama. She would be found shot to death and a non-family member was charged with capital murder and kidnapping for that crime.

Because of that, Harris hasn’t fought since July 2019 when he beat Alexey Oleynik by first-round KO. Harris was expected to face Overeem on December 7, 2019, at UFC on ESPN 7 but pulled out of that in early November due to the ongoing search for his stepdaughter. Harris is a -170 favorite Saturday. He hasn’t been an underdog since facing Fabricio Werdum at UFC 216 and losing by first-round submission.

Also on the card is a women’s strawweight fight between Claudia Gadelha (17-4) and Angela Hill (12-7). Gadelha is ranked No. 6 in the division and is a -200 favorite despite going 2-2 in her past four bouts. Hill is unranked and priced +160. She’s on a three-fight winning streak.