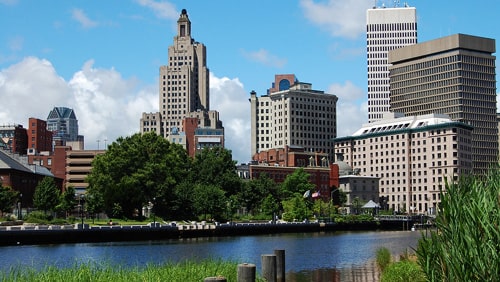 The Internet is the future of how the world operates. Many among the younger generations have realized this for years, but the older population – the group that controls the majority of the strings – has been more reluctant to embrace what was once described as nothing more than a “passing fad.” If the coronavirus pandemic has taught the world anything, it’s that relying on the old ways can have a seriously negative impact on the ability of governments and businesses to stay liquid. COVID-19 has been the impetus for a number of changes across an endless array of industries, and the changes aren’t done yet. Rhode Island has decided it needed to embrace reality and has, at least temporarily, moved its lottery games online so they’re accessible across the state.

With governments forcing everyone to stay locked up inside their homes in an effort to keep the coronavirus from spreading, it became evident that sales lottery options, always a huge supplier of revenue to states where they’re available, would drop to almost nothing. The Rhode Island Lottery has introduced online offerings, announcing on Twitter this past Tuesday, “There’s a new way to play! You can now buy and play Keno and eInstants from your computer or phone from anywhere in RI!”

An “eInstant” is a form of virtual scratch-off ticket that can be played on the Internet, and the Lottery is offering prizes of as much as $200,000 through the 12 instant games it has provided. Additionally, Keno is expected to be a popular option, with as much as $100,000 in prizes available. Adds Rhode Island Lottery Director Gerald Aubin, “This will be a great convenience for players and will generate additional revenue for our state.”

“Additional revenue,” at least for now, may not be an accurate description. The Lottery, which has contributed $7.4 billion to Rhode Island’s General Fund since 1974, is hurting for revenue, just like everyone else. Last December, it reported gross sales of $23.46 million; however, the figure has been declining ever since. In January, the number dropped to $22.08 million, February reported $20.38 million and March saw just $18.6 million. With a lockdown on all nonessential businesses in place since March 17, April’s figures will most likely be worse.

There are now nine states in the U.S. that allow online lottery games – Georgia, Illinois, Kentucky, Michigan, New Hampshire, North Carolina, Pennsylvania, Rhode Island and Virginia. As more states begin to realize that they are in dire financial straits because they’ve been reluctant to embrace progress, they’re more likely to make similar changes. The U.S. Department of Justice and some casino operators may not like it, but states across the country simply need to tell them to get stuffed.