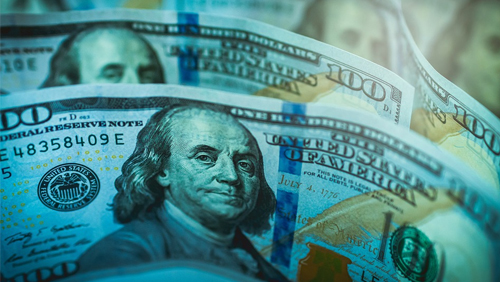 The coronavirus debacle has casinos around the world scrambling to keep their heads above water, despite some having taken in millions of dollars in revenue for decades. MGM Resorts International was already leveraged to the max – holding cash and equivalents of just $6 billion against $11.8 billion in debt – and needed to pick up some fast money to help it weather the storm. It announced last month that it would look to place $500 million in senior notes, an amount that was quickly revised upward to $750 million as the extent of the financial damage caused by COVID-19 grew. That exercise has now been completed, with one of the longest-running casino operators in the U.S. finding homes for the entire offering.

MGM announced yesterday that it wrapped up the placement, issuing senior notes at par that carry an interest rate of 6.750%. The notes will become due in 2025, and the company will use the proceeds for “general corporate purposes.” It additionally could decide to use part of the funds to invest in “short-term interest-bearing accounts” and similar investment vehicles.

According to Corey Sanders, Chief Financial Officer and Treasurer of MGM Resorts International, “The proceeds from this offering have further enhanced our already strong liquidity position to provide us with additional resources as we continue to navigate the impact of the COVID-19 pandemic on our business. We are pleased with the successful execution of this transaction and the support from our investors, which allowed us to upsize the deal at an attractive rate and further solidify our balance sheet.”

That “strong liquidity position” was made even stronger after the company decided to get rid of four high-level executives. The Las Vegas Review-Journal reports that, according to a source, four hotel presidents who had been managing properties on the Las Vegas Strip are now polishing their resumes as they pack up their things and vacate their offices. Let go were Bellagio’s Randy Morton, Excalibur’s Eric Fitzgerald, Luxor’s Cliff Atkinson and New York-New York’s Cindy Kiser.

Las Vegas has been a virtual ghost town since Nevada Governor Steve Sisolak ordered all non-essential businesses shut down on March 17. He is ready to implement a relaunch program in phases, but casinos won’t be included in the first stage. As a result of the closure, MGM has been forced to furlough over 63,000 employees as it continues to lose, according to its own estimates, around $270 million each month that its properties are forced to stay closed.

Once casinos in Sin City are allowed to reopen, MGM plans on starting with New York-New York and Bellagio. It isn’t clear who will be tapped to manage the hotel operations, but the company plans on putting one president in charge of two to three properties. This begs the question: if this is a viable alternative, why wasn’t it done all along so the company could continuously reduce expenses?

Macau, Guangdong in a dedicated effort to reopen borders
Erik Gibbs
1 hour Ago