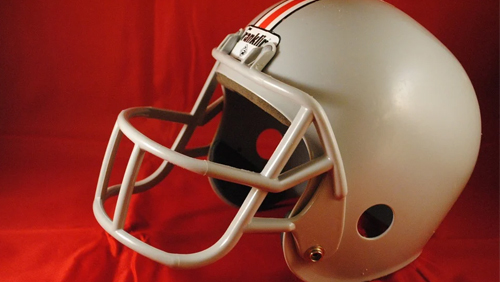 Sometimes, NFL trends just can’t be explained. For example, there was a stretch where the NFC won the Super Bowl coin toss a ridiculous 14 years in a row. That ended before Super Bowl XLVI when the New England Patriots won it – although the New York Giants pulled off the upset in the game.

There’s a similarly odd winning streak ongoing when it comes to the NFL Offensive Rookie of the Year Award – the official OROY is given out by voters from the Associated Press. In 2006, Tennessee Titans quarterback Vince Young won OROY. No player has won it from an AFC team since. Last year, Arizona Cardinals quarterback Kyler Murray was the 13th straight winner from the NFC.

The guy who made the biggest move on these odds from pre-draft to post is former LSU running back Clyde Edwards-Helaire, who somewhat surprisingly was the first tailback off the board. He was selected 32nd overall by the reigning Super Bowl champion Kansas City Chiefs and is +500 to win OROY. In that offense, Edwards-Helaire, a great receiver in addition to runner, could put up huge numbers right away even though the Chiefs have another good all-around back in Damien Williams. Kansas City has never had an OROY winner.

Alabama quarterback Tua Tagovailoa is next at +750, but the concern about the No. 5 overall pick of the Miami Dolphins is that it seems more likely than not that he sits on the bench at least to start the season. Tagovailoa is crazy talented but also very brittle and coming off major hip surgery. Miami may choose to start the season with veteran journeyman Ryan Fitzpatrick under center and let Tua learn.

Running backs have won Offensive Rookie of the Year three of the past five seasons and running backs are next among the favorites in the Indianapolis Colts’ Jonathan Taylor (+900) and Detroit Lions’ D’Andre Swift (+800).