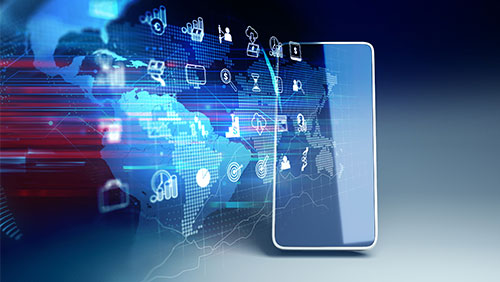 [H]uman behavior changes when we know we’re being watched.

Under observation, we act less free, which means we effectively ARE less free.”

Suppose the FBI was to decree that every cell phone in the country be modified to allow one of their algorithms to reach into your tracking app and record where your cell phone has been- very specifically, who you were close to lately. The information, in this case, would be used to track down dope dealers.

Well, we know what would happen in that case – screaming indignation from all sides. The cry would go up that rogue technology had created a surveillance society, slowly but surely morphing into a police state. Due process and the rule of law of demand that searches like this be backed up by a warrant showing probable cause.

But when the same mechanism is proposed for “health and safety”- to find out if you’ve been around someone who has coronavirus – there’s hardly a peep. The concept is called contact tracing, and it works like this: Jane has the virus. Who could she have gotten it from? Who could she have transmitted it to? No use asking Jane – she’s still in the ICU, and most people are terrible at remembering casual contacts anyway.

So we look in Jane’s phone, activate the contact tracing feature (which she might not even know is there), and we find out that two weeks earlier, she was close to another tracking app user, Jack, who has just tested positive for the bug. So that was probably who she caught it from. So how do we find Jack? Not a problem.

There’s a GPS function in his phone. But even that is too slow. Besides, contact tracing can only tell you where someone has been. When will we see a technology, a program to spot-test and identify people who are dealing with the virus right now?

The answer is, it’s already here. As this article is being written, the town of Westport, Connecticut is deploying drones equipped with sensors that can scan both individuals and groups for telltale signs of infection, like fever or increased heart rates as well as sneezing and coughing. And of course, it measures the space between individuals to ensure proper social distancing. Both the drones and the sensor packages are produced in – wait for it- China. This makes people a little nervous, because the Chinese Government has been known to install extra apps that record what the drone sees and retransmit that data later on to interested parties. Like the Chinese government, for instance.

It may be overcautious to assume that using such technology opens the door to Big Brother. Even so, the U.S. Department of Homeland Security has grounded its entire fleet of drones, anxious that too much of America’s vulnerable infrastructure was being mapped and potentially shared. The Westport Police Department assures us that private residences will not be snooped, and they won’t equip the drones with facial recognition technology. For now.

But time will not stand still. Government bureaucracies constantly seek to expand their power and influence. The technique is known as “mission creep.” A given bureau or department’s original goals are extended and expanded, little by little, through adding extra elements and components until the original purpose is completely changed, if not contradicted outright. For instance, we can start with the farm dog set to protect the chicken coop from foxes. Well, foxes go after ducks and geese as well, so nobody minds if ducks and geese are protected too. Turkeys? Why not? They’re all birds, and let’s not forget that cattle and sheep live in the same barnyard. Why shouldn’t they get the same protection. Horses? Goats? Clearly, we need more dogs. Lots of ’em. And we wake up one morning to find the dogs running the whole farm, inspecting the grocery stores, and maybe the fairgrounds, too.

So, if it’s all right to conduct random search and surveillance against COVID-19, why not tune the drones to detect the regular flu as well? And if it’s alright to torpedo civil liberties because the newest virus has killed 50,000 Americans, then obviously it’s ok to go even further against heart disease, which kills 700,000 per year. What about the other addictive behaviors, like drinking? Or smoking?

Or gaming? After all, it’s known to be addictive. And while no one has taken direct physical harm or illness from gambling, it can indisputably degrade the quality of life. The continual need has been known to lead to bankruptcy, or even crime.

But just as with vaccines, we will need a lot more data on patterns and predilections of gambling. Why not require every casino and gaming resort to create a file on each patron? Why not conduct mass surveillance of the Internet and social media? (Come to think of it, that’s already happening). A little contact tracing will show who the bettors are, where they go and how often, who they hang out with, how much they won or lost. Depending on which algorithm is used, Those Who Know Best will soon be able to detect who has a gaming problem, even predict whether a gaming problem will arise, and automatically exclude the suspects. No grumbling, please. It’s for your own good.

“Health and safety” is the latest all-purpose battering ram brought up to curtail the rights and privileges of ordinary citizens, very much including bettors and gamblers. So it shouldn’t be surprising that a deterrent for anti-social activities has been proposed. An RFID in your arm, to feed all kinds of data on demand.

And to control behavior. A chip already exists which will not allow you to access your own computer unless you have “checked in” to that chip’s RFID network

More sophisticated applications have been suggested – like blocking your access to places and things that have not yet been approved for you. Or to your bank account, if some faceless clerk or algorithm decides you shouldn’t spend your money that way.

It takes no crystal ball to see where creeping abuses of privacy and personal autonomy will eventually lead. Gambling, particularly online gambling, will be in trouble if we allow ourselves to be led down that slippery slope.