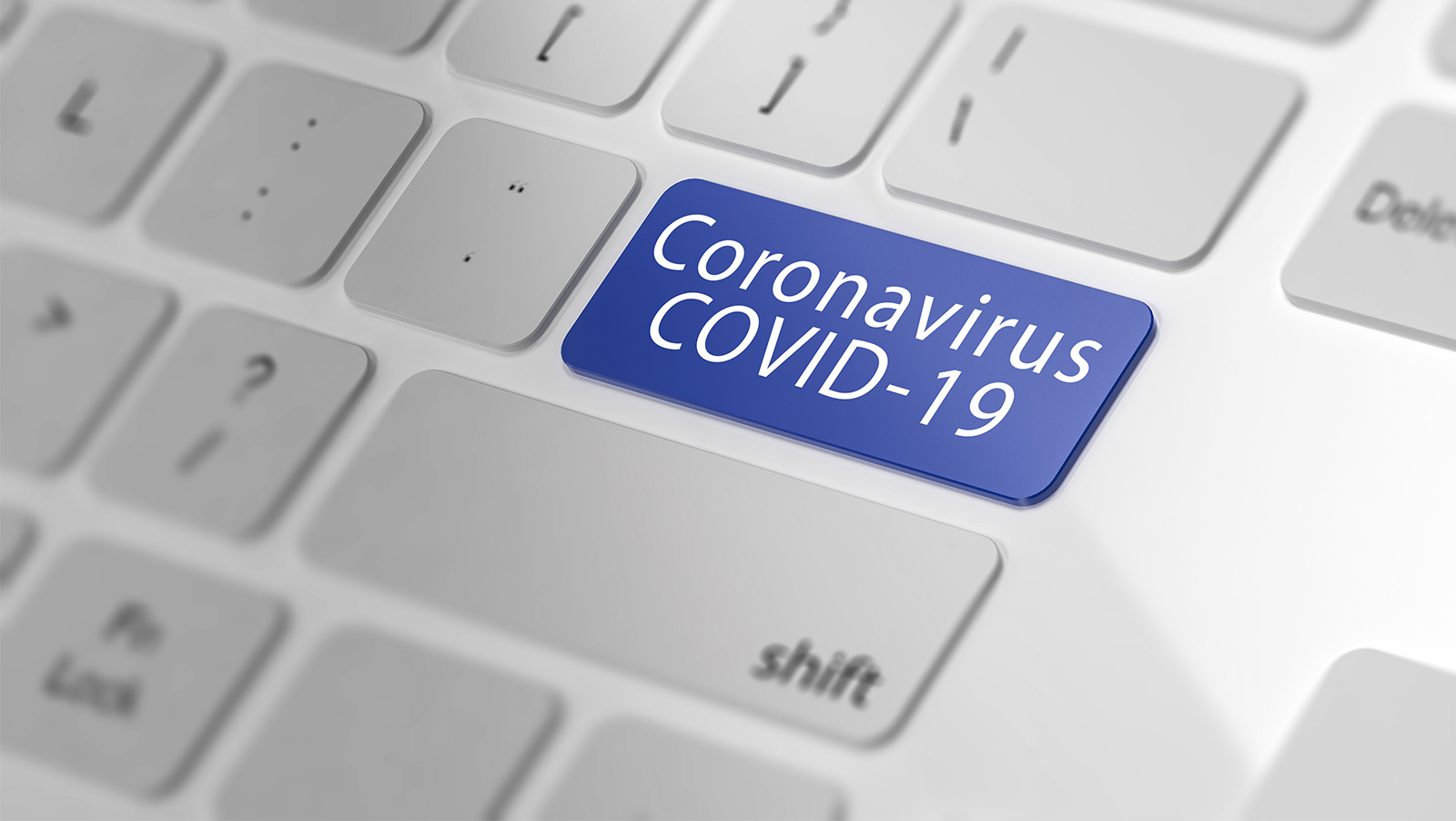 The legal challenges for Internet gaming in the plague year.

“Fortune cannot aid those who do nothing.”

Two Congo pygmies, the story goes, tracked an elephant through the forest. Using skill and lots of luck they managed to bring it down.

But the older hunter just leaned on his own spear and gave a wry smile. “Yeah, we got ‘im, the elder replied, taking in the sheer size of their quarry. ”Now, what do we DO with him?”

Today we see that Internet and interactive gambling is in a position very similar to the quandary faced by the intrepid Congolese. They’ve been handed a victory that they don’t quite know how to tackle.

The coronavirus emergency is shaking the very foundations of industries and institutions worldwide, forcing new formats, new solutions, new opportunities and markets on a world that’s not quite ready. (Hint: it never is). And gambling is no exception. Gambling needs gamblers, but all of a sudden, it’s impossible to bring the gamblers in. There used to be a saying, when comparing gambling to other vices, that “at least nobody ever caught an STD from a slot machine handle.” But the current virus knows no such boundaries. The only way to avoid spreading the contagion through casinos and gambling venues is to close them altogether.

Vegas, the very mecca of the gaming industry, is watching as its resorts go dark- Wynn, The Sands, MGM, Bellagio, New York New York, Luxor, Mandalay Bay, all shutting down. Even the buffets are closed. No one is really sure when the lights will come back on again; there is some mention of a date in May. Won’t that interfere with the Kentucky Derby? Not really, that’s been moved back to September sometime. The rest of the Triple Crown? Who knows?

Meantime, only remote gaming stands any chance of making a consistent buck, at least for the immediate future. Why? Because traditional brick-and-mortar gaming needs the physical presence of the game, the players, and the house all in one place. And such assemblies are embargoed just now.

Furthermore, we can no longer pretend that this pandemic is a one-time thing, that once the coast is clear we can all go back to the same routines as before. Modern hygiene and vaccines notwithstanding, newer and newer mutations of pathogens we thought we understood, have been chasing each other across the world for decades now. SARS, MERS, AIDS, Swine flu, bird flu, Zika and Ebola are all part of the landscape today, not forgetting old acquaintances like yellow fever, cholera, and meningitis.

Adjusting to the new normal will be a strain even on the most established and profitable gaming operations. It seems quite possible that many of gaming’s smaller and fair-to-middling networks and enterprises won’t survive at all. Which will mean that a significant sector of the American (and even worldwide) gaming public will be up for grabs.

Maybe there won’t be any more really big pandemics. But maybe there will. It very much looks like our industries and institutions will need to evolve a reliable capacity for flexible response to such interruptions. And that includes marketing and delivery of gaming and gambling.

Observers of the gaming industry (including this author) have long predicted that the future of gaming and gambling would be digital, global, and online. And that foretelling has come true – just not in the way anyone expected.

New technologies, formats and games, we thought, would be discreetly but steadily mixed in with the traditional operations, keeping everybody prosperous, or at least content, while the New World was gracefully ushered in.

No dice. We wanted our elephant, and now here he is, lying squarely across the road forward. Real world, brick-and-mortar gambling has become positively outlawed, at least for the moment. Online interactive gaming is now literally the only game in town. And as so often before, we have the opportunity – but not the legal tools – to manage it. We are lacking, and badly need, the policies and statutes that the operators and the customers both must have in order to make skinning and butchering that elephant a worthwhile enterprise.

There are three important legal tools needed to skin and apportion the beast. That is, to standardize Internet and interactive gaming.

The first is a set of common definitions.

Jurisdiction: Since bets and gambling information routinely cross state and national borders now, we need a standard, a reliable rule that will set forth just who’s in charge, who gets to do what, where can it be taxed, and especially how much.

At first glance, this would appear to be a near impossible task. Since state law is the baseline for gaming and gambling law in the USA, putting together a worthwhile network across 50 state lines means dealing with 50 sets of state gambling authorities. The European Union, with 27 members, looks to be almost as bad.

But a closer look shows us that it is possible to organize systems for expanded gaming on the state and national level. The example is horse racing. For decades, horse bets have been crossing state and national boundaries with the blessings of the respective authorities. Online services such as TVG, Bet America and Twin Spires operate freely, so much so that a bettor in New York or Cleveland can put down wagers on races as far away as China and Australia. This is because these services use the pari-mutuel betting system, which is legal, and much more important, approved and licensed in 38 states, and nations of the former British Commonwealth. There are fixed odds sports books such as, BetOnline, Bovada, Intertops and MyBookie but these are not (supposed to be) available to American customers.

The important thing to note is that the rules and procedures governing this commerce were amicably settled. Whether the bet is going in or coming out, there are set rules in place to determine who gets paid, how much, and in what order. So, the groundwork is already laid for interstate, regional and international cooperation. Internet and interactive gaming began as a global phenomenon, and they hold out the promise of access to global markets (and global-size profits, too). It can be done, because it has already been done.

Second, a common set of definitions is badly needed. In the U.S. alone, 16 states and the District of Columbia don’t even have a definition of what “gambling” is, or is not, on their statute books, and the problem is not limited to America. The supposed legal standard is whether or not chance is the “dominant factor” in resolving a given event. But there is no reliable yardstick for measuring the influence of chance. There is no common, neutral standard.

Does “dominant” mean 51%? 63%? Some states are ready to call a game “gambling” if it only contains a “substantial” effect on the transaction in question. And by what means do we arrive at any percentage, since there is no set way, no generally accepted formula, to quantify chance or its effects?

In fact, some jurisdictions don’t even bother with analysis. They simply rule by fiat, and declare certain games to be “gambling” or “games of chance” as Oklahoma and Ohio, which classify poker as a gambling game per se.

Third, an expansion of gambling and gaming across state and international borders will require common procedures for actually operating such enterprises. One of the big reasons that California, for instance, has yet to approve online poker is the regulation that bars Golden State gaming establishments, online or off, from charging a “rake” (i.e. a percentage of the pots).

California poker establishments can charge by the hand, by the hour, whatever. But they cannot rake the pots. And so, what happens if a California resident should plug into an online poker site whose server resides in a place where raking pots is the norm? Whose approach is permitted, and who gets to say so? The emergence of standard rules and procedures is indispensable if online gambling is supposed to live up to its potential.

We will post news and developments as soon as they become available.

Meantime, the gaming industry needs to monitor gambling law developments as fast as they come. For they are only coming faster and faster.