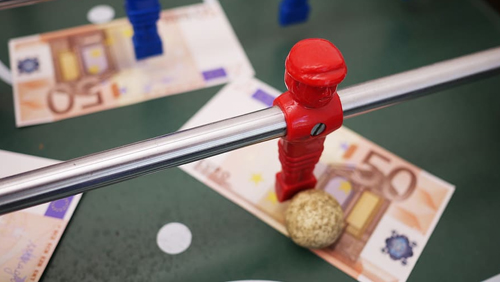 In spite of the fact that the coronavirus is preventing all major sports action, the current gaming suspension will eventually come to an end – hopefully sooner rather than later. The devastation the COVID-19 pandemic has brought to the sports gambling industry has been profound, but recovery is still a plausible concept. When things finally return to normal, Colorado sports enthusiasts will have a few more options where they can place their bets, as the state’s Limited Gaming Control Commission (LGCC) has just approved gambling operations for three new entities after having issued seven licenses this past February.

Century Casinos is one of the entities to have been awarded a license. It announced last Friday that its subsidiaries had been approved to hold three Sports Betting Master Licenses, adding that Circa Sports Colorado LLC, with whom the company is partnered for a Master License, was also approved by the LGCC for a Temporary Internet Sports Betting Operator License. Century added that it “has two more Master Licenses available in Colorado and is in active negotiations with several potential sports betting partners.”

In a release (in pdf) by the LGCC, which had met last Thursday to discuss the license applications, it indicates that four casinos in Black Hawk were issued Master Licenses – The Bull Durham Saloon & Casino, The Gilpin Hotel Casino, The Red Dolly Casino and The Lodge Casino at Black Hawk. The commission also issued the same licenses to companies operating Johnny Nolon’s Casino and the Colorado Grande Hotel and Casino, in addition to the aforementioned Century licenses.

As has been the case in all states that have legalized sports gambling, online sportsbooks are required to ensure that their operations are restricted to in-state customers. This is accomplished through geofencing, a practice designed to block all inbound Internet traffic coming from beyond state borders. One of the companies that specializes in the field, and which already operates in 44 states providing different types of geofencing services, is GeoComply, and it’s ready to serve Colorado with the approval of a Vendor Minor License by the LGCC.

GeoComply VP of Regulatory Affairs Lindsay Slader said in a statement, “We are pleased to be approved to service our clients and partners in such a sports-driven market as Colorado. The GeoComply team is prepared and ready to support the rollout of online sports betting as quickly as the state is able to launch its live operations.”

Several sports leagues are already working on contingency plans to get some type of activity going, with the NHL and NBA considering some creative alternatives for getting play started possibly as early as next month. The NFL is determined that its season will continue as planned, and will hold its player draft later this month. Colorado wants to make sure it’s ready for any activity that might begin, and has set a target launch date of May 1 for sports gambling. Because of the coronavirus, there may not be much to choose from on that date, but, hopefully, regulators are ready to offer alternatives.