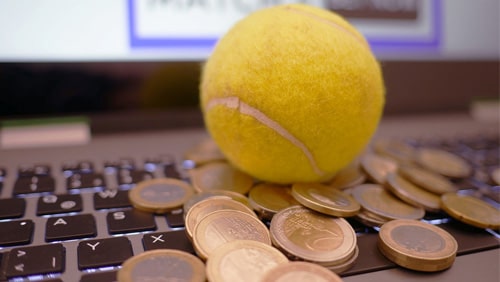 New York is missing out on a golden revenue opportunity. Granted, it now has to deal with one of the more serious outbreaks of the coronavirus in the country, but, even before that, the odds of having online sports gambling introduced were slim. Governor Andrew Cuomo has asserted, despite evidence to the contrary, that virtual sportsbooks could only be allowed through a constitutional amendment in the state, and the yes-it-does/no-it-doesn’t battle isn’t any closer to being resolved. In the meantime, the first draft of a mandatory study on the gaming market has been produced, but the contents are not being revealed. They won’t be, either, at least for a few more months, which means the battle will continue, most likely, until next year.

New York lawmakers have been feverishly trying to reconcile a new state budget, but are falling short and didn’t come to an agreement ahead of Tuesday night’s midnight deadline. Elsewhere in the country, states that have legalizing online sportsbooks are finding that the market segment is performing extremely well (at least, it was before COVID-19), and producing better results than found with physical sportsbooks. Including online sports gambling in New York, one of the most populated states in the country, would go a long way to resolving any budgetary shortfalls.

Sports Handle reports that Spectrum Gaming Group, the entity selected to conduct a market study on gaming for the New York State Gaming Commission (NYSGC), has presented its preliminary findings. In the report, the key to solving New York’s financial issues might be found, but Spectrum won’t be prepared to issue its final report until June 1. Brad Maione of the NYSGC confirmed to Sports Handle that no information from the draft will be released at this time.

That includes not offering any details on what the report says about online sports gambling. Ignoring the constitutional requirement dispute, New York is letting millions of dollars in revenue slip through its fingers. Before the current global pandemic brought the sports world to its knees, neighboring New Jersey saw a sports gambling handle of $494.2 million in February – the sixth straight month that the take was above $400 million. Of the February figure, $436.5 million was wagered through online sportsbooks.

Virtual sports gambling in New York has now failed for two consecutive years. Senator Joseph Addabbo Jr., who chairs the chamber’s Racing, Gaming and Wagering Committee, is frustrated, and comments he made on Twitter last summer ring louder now than ever. He said at the time, “NY will be stuck like a disabled car on the shoulder, while we allow an illegal sports betting business in our state [to] thrive and idly watch other neighboring states pass us up with enormous revenue gains from mobile sports betting.”

The Long Con: Nick Garner looks to history for answers
Video
39 mins Ago