Home / Sports / MLB ROY odds: Robert, Lux atop the board 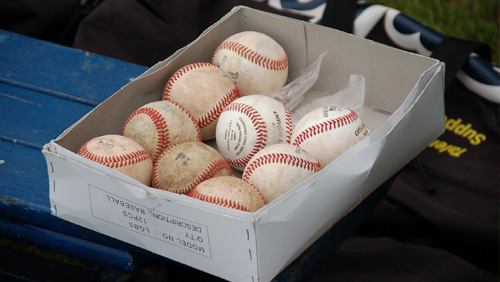 It’s always difficult to handicap Rookie of the Year races in the American and National League entering any season because most teams keep their top prospects in the minors as long as possible for service time reasons. Cubs fans may remember that the team called up mega-touted prospect Kris Bryant the day after one service-time deadline in mid-April 2015. That ensured Bryant wasn’t eligible for free agency until after the 2021 season as opposed to after this year.

With the 2020 MLB season now likely to be much shorter than 162 games, will teams start the season with their top prospects on the big-league roster or just keep them in the minors all year? That’s just one of many questions surrounding the sport in the wake of the coronavirus pandemic.

According to MLB.com, a player is considered a rookie unless in a previous season(s) he exceeded 130 at-bats or 50 innings pitched in the majors or accumulated more than 45 days on the active roster of a big-league club (or clubs) during the period of 25-player limit – i.e. before September when rosters expand.

The favorite to win AL Rookie of the Year is Chicago White Sox five-tool outfielder Luis Robert at +250. He is so promising, the team already has signed the Cuban to a six-year, $50 million extension that could get up to eight years and $88 million. It’s essentially unprecedented to sign a young player to that type of contract before he has played a single inning in the majors. By doing so, the White Sox were ready to have Robert open the season as their starting center fielder.

Meanwhile, White Sox fire-balling pitcher Michael Kopech, who once reportedly hit 105 mph on the radar gun, is the +400 second-favorite. He was part of the Chris Sale trade with the Boston Red Sox in December 2016. Kopech made four late-season starts in 2018 with Chicago before suffering an injury that required Tommy John surgery and kept him out all of last year. Kopech still managed to hit triple digits on the radar gun in his first spring training appearance back on March 10. The White Sox last had a Rookie of the Year in 2014 with Cuban first baseman Jose Abreu.