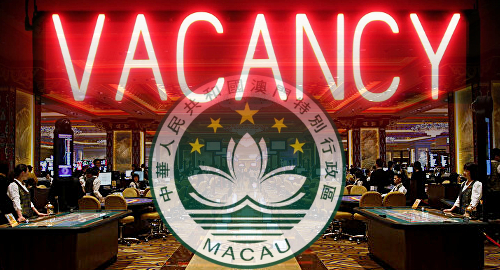 Macau’s casino gaming revenue suffered yet another dramatic plunge in March, suggesting that the market’s recovery from the COVID-19 pandemic is anything but over.

Figures released Wednesday by Macau’s Gaming Inspection and Coordination Bureau (DICJ) show overall casino gaming revenue of MOP5.25b (US$657.5m), a 79.7% decline from the same month last year. Over the first three months of 2020, total revenue is down 60% to MOP30.5b.

While March’s total was around two-thirds higher than February’s abysmally low MOP3.1b (-87.8% year-on-year), Macau’s casinos were forced to close for 15 days in February to minimize further transmission of the COVID-19 coronavirus. As of mid-March, around 80% of Macau casino tables were back in action, albeit with social distancing restrictions.

Trouble is, there just weren’t any customers flocking to Macau last month, and that situation doesn’t look ready to improve anytime soon. China has yet to resume issuing exit visas under its individual visit scheme and last week saw authorities in Guangdong province – from which Macau draws most of its mainland customers – impose new quarantine restrictions on travelers returning from Macau.

Prior to these new rules, analysts had suggested Macau’s short-term salvation lay with the VIP gambling market. If fewer customers could travel to Macau, those who came needed to drop a lot of money during their stay. But now even VIPs are shunning Macau rather than having to endure a 14-day quarantine upon their return.

Macau’s junket operators were already warning that layoffs are likely and smaller junkets that lack sufficient capital reserves could be forced to fold. Even leading junkets are feeling the pinch, with a Suncity Group spokesperson telling GGRAsia that senior managers are taking voluntary pay cuts while mid-level staff would be required to take some unpaid leave.

Shortly before the release of the March figures, Morgan Stanley analysts suggested Macau’s downward spiral may not hit bottom until October, with annual revenue falling 35% from 2019 – twice the decline the same analysts previously forecast.