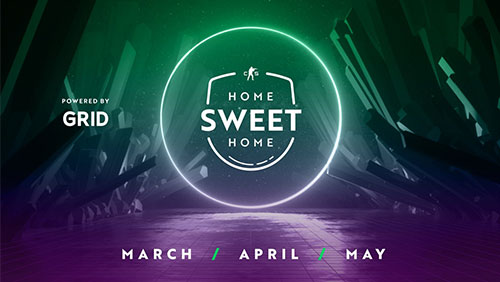 It’s a time for helping others, and Serbian Esports producers Relog Media are doing more than their bit, hosting a Counter-Strike: Global Offensive tournament with a difference.

The Esports data providers GRID have teamed up with Relog to put on an event called Home Sweet Home (use the hashtag #HomeSweetHome on social media) where the series has a massive prize-pool of $320,000.

With the final tournament likely to take place between the best eight teams, more information is to be provided on that in the next few weeks once the action gets underway.

CS:GO is one of the ‘big five’ in Esports right now, with interest around every facet of the game at the top level of huge interest to fans. Even a social media post about headshot percentages goes huge when the info reaches the public:

The TOP 5 Players with Highest Headshot % at Big Events

In a statement, Petar Markovic, the Chief Operating Officer of Relog said:

“Relog Media is pleased to announce its collaboration with GRID. Personally, I would like to thank everyone who participated in organizing this event and for making us a great Counter Strike during these difficult times. Stay home, take care of yourself and your loved ones and stay healthy.”

With GODSENT, North and forZe all taking part in the forthcoming event, there will be a collaboration between GRID and ESL to make sure that there are no streaming clashes, with fans now staying at home to help prevent the spread of the coronavirus given a more continuous live entertainment stream during these difficult times. Many of the demographic are pre-teen or teenage children, so this innovation comes at a pivotal time.

There is plenty of interest in all the major Esports teams, but this week, the youngest member of FaZeClan was introduced to the world on Twitter, which has pleased the fans no end.

Ep. 7 of our original series heads to Seattle with the youngest member of FaZe! @FaZe_H1ghSky1 talks about his overnight internet burst, what it was like to grow up in his family & how Fortnite changed his life. Enjoy!

With the Home Sweet Home event starting in less than a week’s time, the CS:GO fanbase will be clearing time-slots once they know what other Esports are doing to entertain the fans. The coming weeks will see fans desperate for some live action tuning in to all the top Esports, and with LoL and CS:GO both organising big events, it can’t be long before Fortnite follow suit.

Some kind of Esports crossover tournament really can’t be far away now, can it? If there’s anything that can raise money to fight against Coronavirus, it’s FaZeClan and a Ninja-led team going head to head? They did say that one day they’d want to have him on their side.