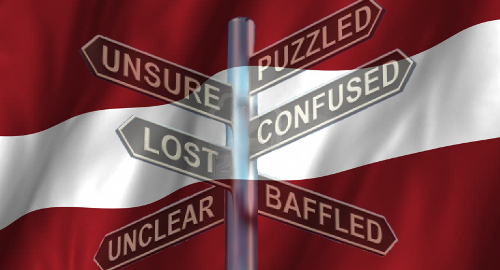 This weekend, Latvia’s government issued an edict intended to limit further spread of the COVID-19 coronavirus, which the government identified as a “national threat.” The measures included a ban on all activity at casinos, bingo & slots halls and betting shops, which were ordered to cease activity until at least April 14, after which the situation would be reassessed.

As originally written, the shutdown legislation contained a carveout for “interactive gambling, number lotteries and instant lotteries.” But local media reported that several politicians argued that, with citizens quarantined in their homes, the possibility for overindulging in online gambling loomed large. And thus a second vote was held, with the vote going 37-22 in favor of adding online gambling to the banned activities list, while the original carveout remained in the final legislation.

On Tuesday, the Lotteries and Gambling Supervisory Inspection of Latvia (IAUI) issued an update indicating that it has asked the government for a definitive statement on whether the gambling ban applied to the country’s 14 interactive gambling licensees. As of Tuesday, Latvia’s online operators show no outward signs that they’ve halted any aspect of their operations.

Latvia’s online gambling operators are coming off a record year, during which revenue rose nearly one-third to €54.7m, most of which was generated via online casino games and sports betting. The expectation was that this growth would accelerate in 2020 thanks to new rules barring local financial institutions from processing payments on behalf of international gambling sites not holding a local license.

The COVID-19 shutdown order, which affected a number of industry sectors, has resulted in economic carnage for staff who worked at affected companies. On Tuesday, Welfare Minister Ramona Petravica announced that 14 Latvian companies – involved in everything from transport and hospitality to gambling – had already announced nearly 2,900 redundancies.

The government has announced a €2b virus mitigation plan that includes a promise to cover 75% of redundant employees’ salaries up to a maximum of €700 per month.