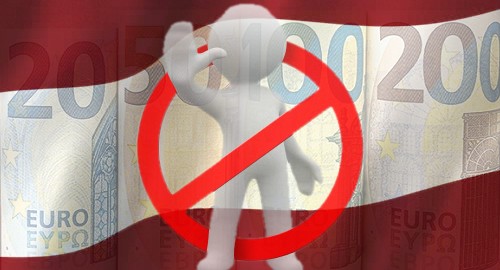 Over €171m of this sum came via gambling machines, a 9% rise over the same period last year, while gaming tables were up less than 3% to €12.7m. Both verticals are facing significant tax hikes comes January 1 as the government puts the squeeze on the sector.

The IAUI’s ongoing efforts to clear a digital path for its nine licensees have continued unabated this year, with the number of blocked international gambling domains increasing by 71 to 1,186. But estimates are that unauthorized online gambling still accounts for 38% of Latvia’s overall market.

The IAUI will add new weapons to its anti-online arsenal come the new year, which will see the first enforcement of amendments to local laws that were approved this spring. As of January 1, processing payments on behalf of any online gambling site not bearing an IAUI stamp of approval will be illegal.

The financial institutions will also have to submit detailed reports to the State Revenue Service (SRS) on the flow of money to and from unauthorized gambling providers. The SRS will then determine the size of the penalties it will impose upon these international rogues, who in all likelihood will simply ignore the sternly worded letters and carry on as usual.

That won’t be an option for local banks, credit card issuers or other payment channels, who could face fines of up to €20k for facilitating unauthorized online gambling transactions.