Jim Murren had a dream. The now-former CEO of MGM Resorts created a plan, aptly called MGM 2020, that would see the casino operator take common-sense, as well as drastic, measures to reduce expenses and put the company in the black by the end of this year. However, he decided not to stick around long enough to see his dream come true, announcing last month that he was quitting his post and moving on. A replacement has already been tapped, and it comes in the form of someone qualified to captain the ship, in the form of MGM president and chief operation officer Bill Hornbuckle, now appointed as the company’s interim CEO. 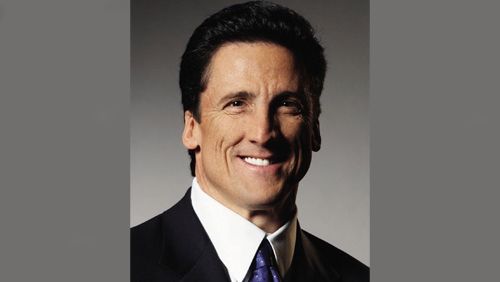 Hornbuckle is going to have his work cut out for him. He will continue to serve as president of the company – Murren’s former spot as chairman of the board goes to Paul Salem – and will grab the helm just as MGM is suffering, like all casino companies, from the global coronavirus pandemic. COVID-19 has essentially decimated Murren’s MGM 2020 dream, and it’s going to be up to Hornbuckle to put the pieces of the company back together. He’s up for the task, though, saying in a statement, “We have a talented leadership team, the best employees in the world, and a loyal customer base. I have every confidence that MGM Resorts will remain the global entertainment leader once this crisis is contained and it is safe to operate. I look forward to working with Paul and the entire Board of Directors as we plan for the future.”

Salem’s aptitudes should come in handy as MGM fights off further losses. He is already the chair of MGM’s real estate committee and is a senior managing director emeritus for a private equity firm with a Master’s degree from Harvard Business School. Salem knows there’s a long road to recover ahead and added in the statement, “Once the threat to the public health has subsided and we are ready to reopen our resorts and casinos, it will take an incredible effort to ramp back up… We believe continued steady, skilled leadership is needed in this time of great upheaval and uncertainty.

Murren didn’t give any explanation when he suddenly announced his departure last month. The news caught everyone off guard, especially since he was supposed to stay with the company until his contract expired next year. While he told MGM’s board that he’d stick around to help with the transition, he isn’t sticking to that promise and is going to jump ship now to team up with Steve Sisolak, Nevada’s governor, to fight COVID-19.

The decision by Sisolak to bring in Murren has been met with some skepticism, but Murren, says he’s ready to show everyone that he’s up for the task. He is quoted as asserting, “There’s nothing more important right now than helping our state and each other through this crisis. I am humbled by the opportunity to help the Governor in providing relief to the many families suffering personally and economically during this difficult time. When we defeat this pandemic, I am confident that our state will come roaring back, as we have from the great hardships of the past. Working with the many committed business and community leaders in Nevada, The Nation [sic] and around the world, we will obtain important resources our state needs to fight and win this battle.”

Murren apparently won’t be paid for his new gig, but he’s not going to be hurting for money. As part of his severance package with his former employer, he’s set to pick up $30 million.